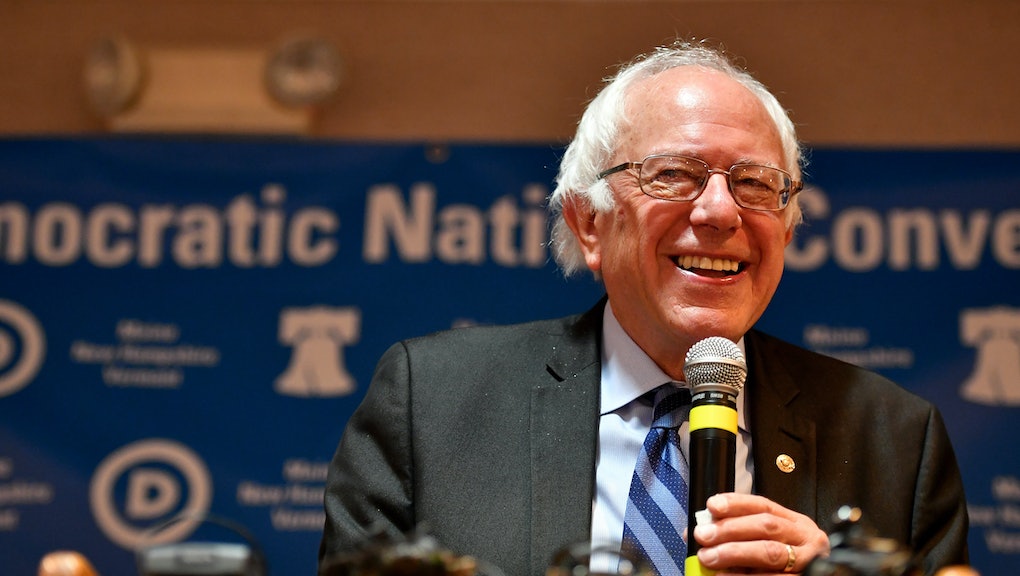 While Democratic presidential candidate Hillary Clinton battles high unfavorable ratings, Bernie Sanders appeared on MSNBC's Morning Joe Friday to make a case for why likability is not a good reason to vote for someone.

"In politics we look too much at personality," Sanders said on the punditry show. "We're not looking at Trump or Clinton, we're looking at the needs of the American people."

The former Democratic presidential hopeful urged the American electorate to vote based on candidates' experience and the issues at the forefront of this election.

Sanders argued Clinton's experience in public service far outweighs GOP presidential candidate Donald Trump's, and that her policies are more in line with the needs of ordinary Americans. "Clinton wants to raise taxes on the rich at a time of massive wealth and income inequality," he said, noting Trump wants to introduce tax breaks to the wealthiest.

"I think that if you look at the issues — raising the minimum wage, rebuilding our infrastructure, expanding healthcare, not cutting healthcare, as Trump wants to — Clinton by far is the superior candidate," he added.

Sanders' appearance on the show is part of his wider initiative to campaign for Clinton.

After an attempt to unify the party in a Democratic National Convention speech endorsing Clinton on July 25, the Vermont senator has been on the trail stumping for his former rival since the beginning of September.

"This election is about — and must be about — the needs of the American people and the kind of future we create for our children and grandchildren."

While on Morning Joe, he also implored voters considering a protest vote to be proactive and pragmatic instead, suggesting they vote for Clinton and mobilize a viable political alternative after the election.

Sanders is expected to continue campaigning for Clinton, spending the weekend in swing state Ohio and joined by other Democratic all-stars such as Massachusetts Sen. Elizabeth Warren.