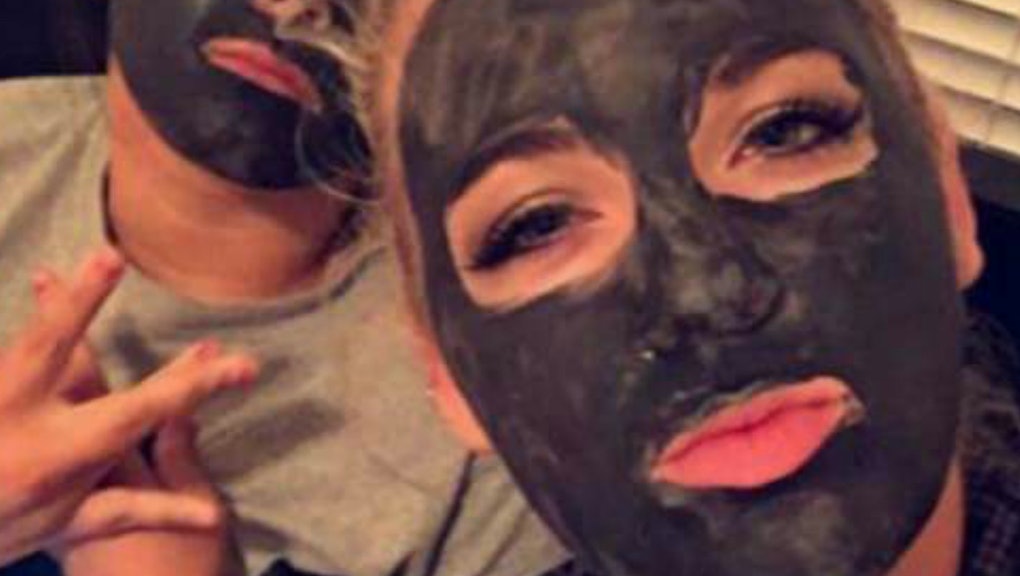 Snapchat posts are supposed to disappear after 24 hours, but sometimes they can come back to haunt you.

On Thursday, a tweet featuring an image from Snapchat posted by a person identified as Paige Shoemaker made the rounds on social media, Fusion reported. The image featured Shoemaker with what appears to be a charcoal face mask on with the caption "Feels good to finally be a nigga."

The Twitter user who posted the images, Desmund Weathers, followed up his initial tweets with commentary stating this image made him feel unsafe at his alma mater, Kansas State University.

"But I'm supposed to walk into my classes feeling completely comfortable with people on our campus who think like this?" he wrote.

According to KSU, "the involved person is not currently enrolled at the university." They also said the individual in the picture with Shoemaker is not associated with KSU.

Mic called KSU for clarification as to whether the student was forced to withdraw or was never enrolled in the university, but they said they are not making any statements other than the one on their website.

"This racially offensive photo with a derogatory message has upset the K-State family and is not in concert with our principles of community," the statement continues. "Such messages on social media are harmful to all."

So, remember students, if you share something racist on your Snapchat, your university might only four words for you: "I don't know her."