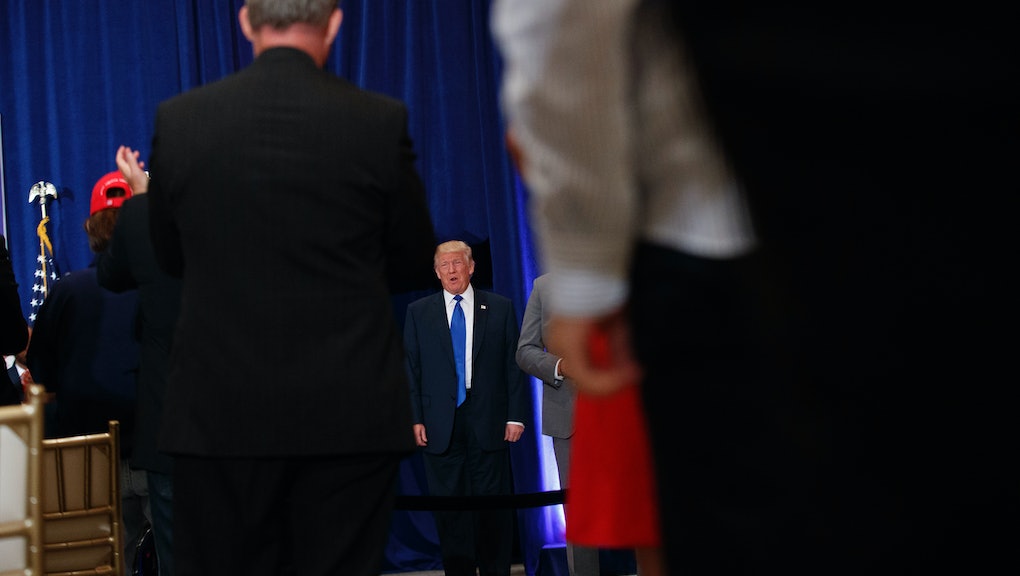 Years after Trump began fanning the flames of accusations that Obama lied about his Hawaii birthplace, the Republican presidential nominee officially reversed himself.

The admission — previously made in a campaign statement, but not by the candidate himself — came at the tail end of a lengthy series of endorsements from veterans who spoke at Trump's new hotel in Washington, D.C.

Yet even as Trump did a complete 180 on the long-disproven conspiracy theory, he continued to blame Democratic rival Hillary Clinton for starting the whole thing (despite evidence to the contrary).

"Now we all want to get back to making America strong and great again," he said before ditching the podium as reporters made futile attempts to question him from behind six rows of campaign supporters.

Trump's brief dismissal came after Obama himself brushed off the controversy personally:

The Republican nominee led up to his switcheroo by singing this praises of his Washington building and a series of emphatic endorsements from retired generals and Medal of Honor recipients.

Meanwhile, gleeful Trump fans chortled that Team Trump had successfully used the media by scoring a live broadcast of his parade of military backers.