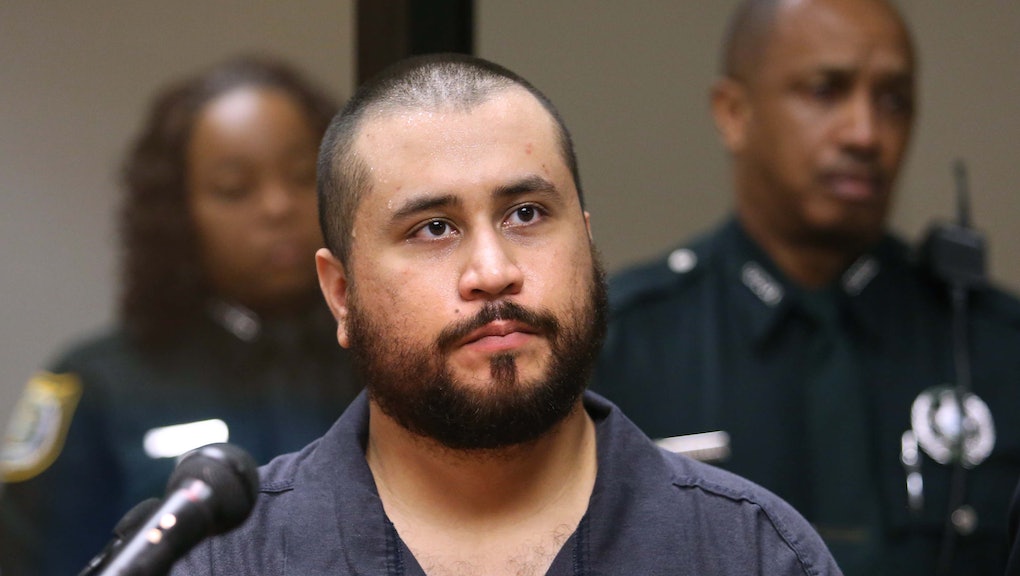 Man who shot George Zimmerman in "self defense" found guilty, will serve at least 20 years

A man who fired a single bullet at George Zimmerman's pickup truck has been found guilty by a Florida court of attempted second-degree murder and will face a minimum of 20 years.

Zimmerman was unharmed, with the bullet lodging into the truck's metal frame, according to the Orlando Sentinel's report.

The two had a long-standing feud, and the shooter, Matthew Apperson, tried to plead self-defense, saying that Zimmerman flashed his gun before firing.

However, the jury was more skeptical of his claims of self-defense than the jury George Zimmerman faced just three years ago, when he was acquitted of murder charges after shooting and killing Trayvon Martin, a 17-year old unarmed black teenager.

The shooting, and subsequent acquittal, is still seen as a launch-point for the Black Lives Matter movement.

"No matter how you feel about George Zimmerman, he he can still be a victim of a crime, and he was in this case," Assistant State Attorney Stewart Stone told jurors, the Sentinel reported.

Zimmerman and Apperson's feud was related to the Black Lives Matter movement: When Zimmerman attempted to auction off the gun used in Trayvon Martin's shooting to raise funds, he referred to Apperson as a "BLM Sympathizer."

His testimony made headlines earlier this week, when Zimmerman said he believed protestors associated with Black Lives Matter were terrorists.