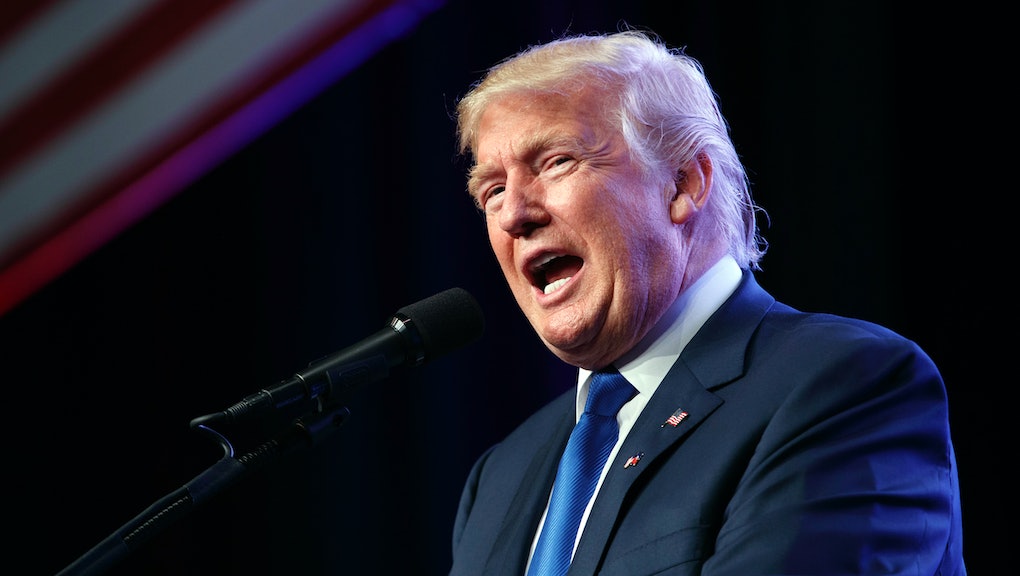 Speaking to supporters at a rally Friday in Miami, Trump repeatedly attacked Clinton's stance on gun control, arguing that she would "destroy your Second Amendment," the Hill reported.

"We'll see what happens to her," Trump said.

Many people on Twitter interpreted the remark similarly to a joke he made in August, which many took to be a joke about assassinating Clinton.

It's one of a couple Trump-related controversies that roiled the internet Friday.

Many complained about Trump's appearance Thursday on The Tonight Show, where host Jimmy Fallon was seen as too accommodating of him.

And on Friday, Trump walked back his previous ties to the "birther movement," which assumes wrongly that President Barack Obama wasn't born in the United States.