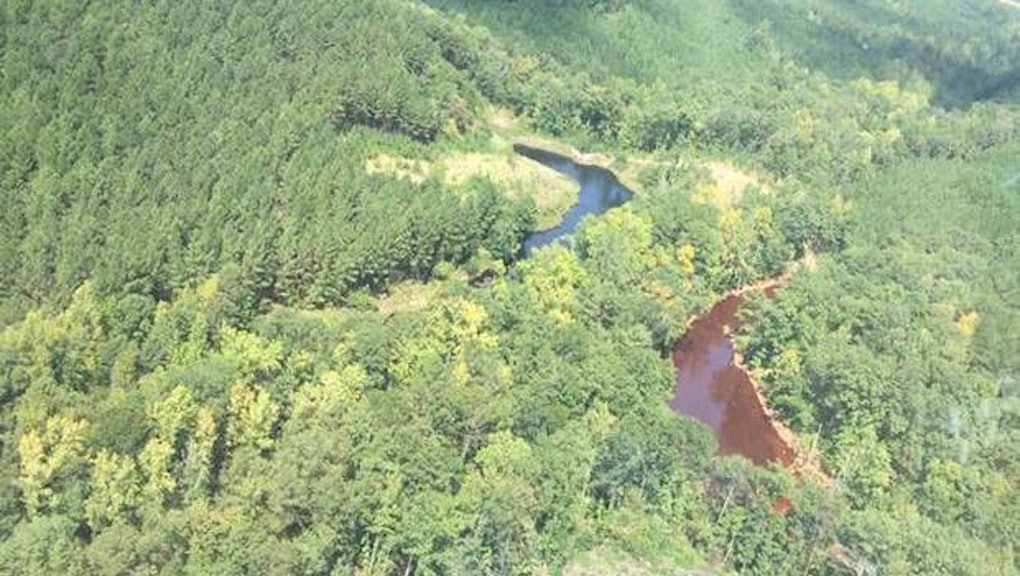 Excavation work is underway to dig up and repair a broken segment of pipe in the rural community, which was discovered to have sprung a leak on Sept. 9, according to a Colonial Pipeline statement issued Saturday.

Al.com notes that the same statement quietly increased the estimated amount of oil thought to have been spilled. Previous reports had the amount at 6,000 barrels, which is equal to about 252,000 gallons, according to

NBC local affiliate KFOR reports that the pipeline, which extends far up along the east coast, services an estimated 50,000 people each day. The disrupted service has already caused gas prices to spike at the pump, driving the cost of fuel up about 15 cents per gallon.

Tom Kloza, chief oil analyst with the Oil Price Information Service, told the outlet that although ships from as far away as Texas and New York have already begun to route emergency supplies of petrol to the area, it still wouldn't be enough to mitigate the shortage.

"You're going to see some places without gasoline," Kloza said. "It's like a mini-hurricane."

Although the Cahaba River, home to many endangered species, is nearby the site of the spill, Al.com reports that Colonial Pipeline on-scene coordinator Chuck Berry said that the leaked fuel has been contained and poses no direct threat to the river.

The Colonial Pipeline leak comes amid ongoing protests by the Standing Rock Sioux Tribe of the Dakota Access Pipeline, which they fear would have the potential to leak up to 570,000 barrels of crude oil into the nearby Missouri River if constructed.