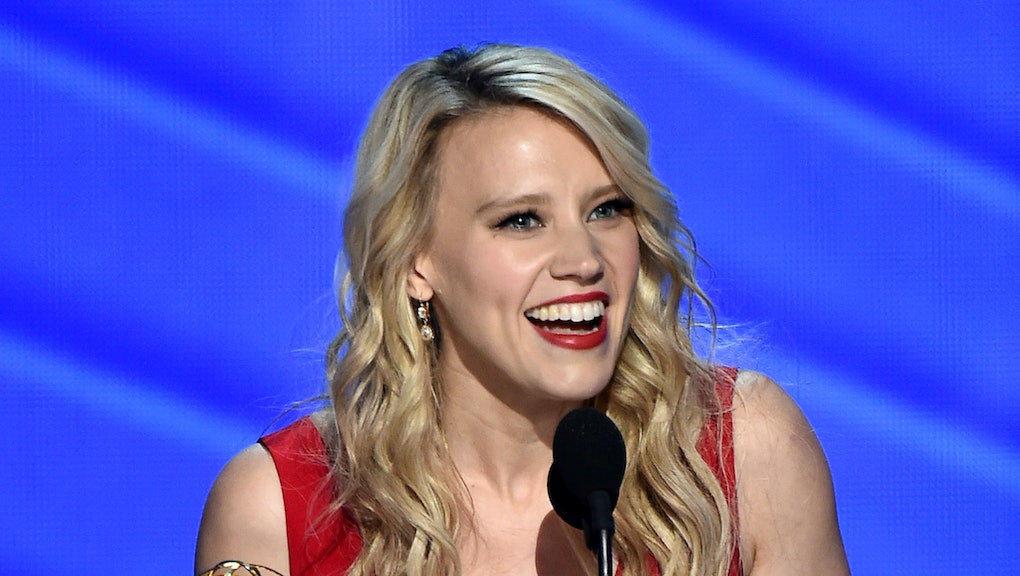 After three previous nominations, Kate McKinnon took home an Emmy on Sunday night, earning the outstanding supporting actress in a comedy series award for her work on Saturday Night Live. In her acceptance speech, a breathless McKinnon gave a shoutout to two groundbreaking women.

"Thank you Ellen DeGeneres, thank you Hillary Clinton," McKinnon said. McKinnon's parody of Clinton may well have been a huge part of finally nabbing the Emmy.

McKinnon also thanked her father, who made her watch SNL in the first place, and Lorne Michaels, the show's creator.

McKinnon, 32, is having a good year, also having starred in the Ghostbusters reboot. Not only did many queer women of the internet fall in love with McKinnon after watching the movie, but she also has a number of big film roles coming up. She'll appear alongside Jennifer Aniston and Jason Bateman in Office Christmas Party, scheduled to be released in December, and Emma Stone in the forthcoming Women in Business.

After her win, McKinnon's fans erupted in applause on Twitter.

And, of course, McKinnon's Ghostbusters and SNL costar Leslie Jones was very much here for it.