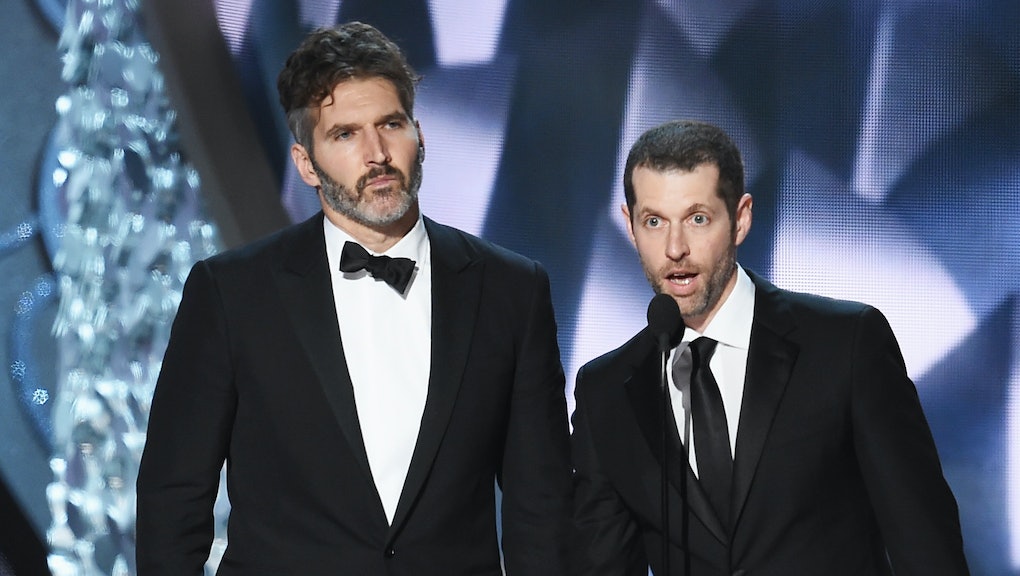 'Game of Thrones' wins the 2016 Emmy for outstanding drama series, and Twitter is ecstatic

With wins in outstanding writing, outstanding directing and outstanding drama series this year, Game of Thrones also lays claim to the most Emmy wins for a prime-time series, surpassing Frasier's 37.

Game of Thrones' Emmy win was very much expected, given the show nabbed the award at last year's Emmys for what was largely a controversial season, and one of the show's weakest. Therefore, in a sixth season that was praised for its thrilling battle sequences, groundbreaking reveals and female empowerment — and simply, one of the show's best seasons to date — a repeat was anticipated.

Game of Thrones' passionate fan base took to Twitter to express their excitement.