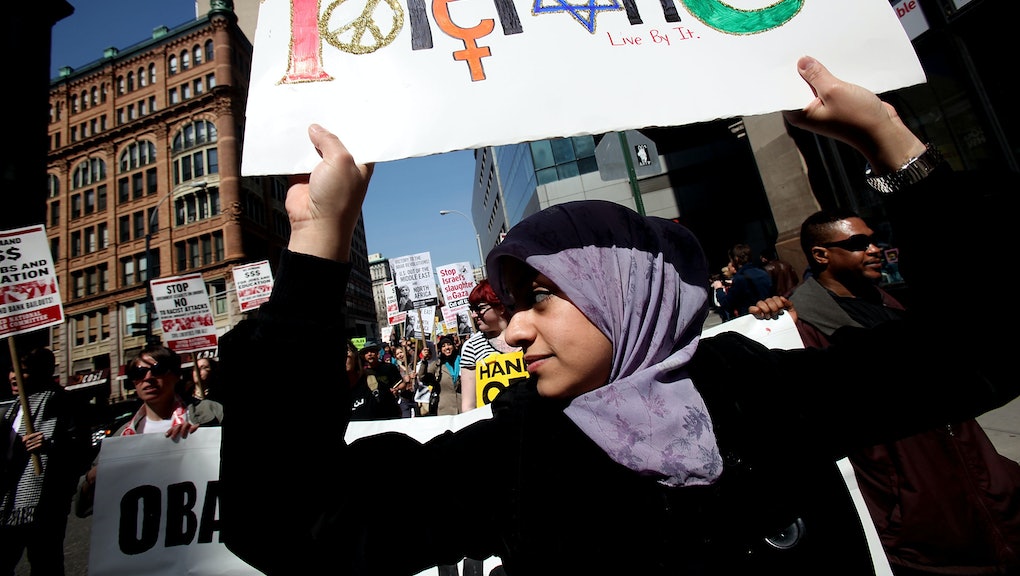 New Yorkers received emergency mobile alerts on Monday informing them that Ahmad Khan Rahami was wanted for questioning in relation to an explosion in New York City's Chelsea neighborhood on Saturday — and now, Muslims are bracing for backlash.

Terrell J. Star, a political correspondent at Fusion, launched #DearMuslims on Twitter to provide a stream of support for Muslims who are likely to face systemic racial profiling and Islamophobia as news develops around this incident.

Starr offered tips to Muslims on how to safely handle racial profiling from police officers like making sure they have an ID at all times, syncing their photos to the cloud, recording their interactions with police officers and downloading the New York Civil Liberties Union's Stop and Frisk app to learn their rights and to ensure they aren't being violated.

Twitter user Fahria Fahri also made the important point of letting Muslims know that it's likely that names similar to "Ahmad Khan Rahami" may be monitored.

Regardless, Starr's tips are essential to help ensure the safety and security of innocent New York and New Jersey Muslims. And more importantly, it highlights efforts to form a supportive coalition among Muslims and non-Muslims.