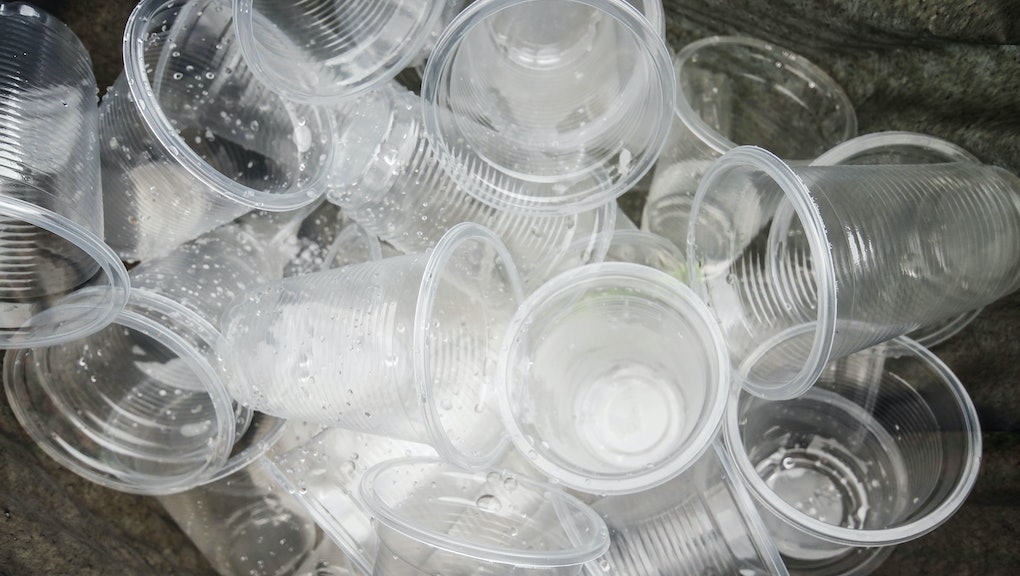 Say au revoir to plasticware, because France just became the first country in the world to introduce a complete ban on plastic cups and utensils. The ban took effect in August, reported the Associated Press, and allows French manufacturers four years, until 2020, to change over to biodegradable alternatives.

The new law bans the sale of any disposable cups or cutlery unless they can be composted. The ban was introduced by the Europe Ecologie-Greens Party and passed by French lawmakers as a step towards a more sustainable national future — but not everyone is thrilled with the move.

Pack2Go Europe, a lobbying organization that represents European manufacturers, has vowed to keep fighting the new ban. Pack2Go Europe's general Eamonn Bates told the AP that the ban will confuse consumers and lead them to think "that it is OK to leave this packaging behind in the countryside after use because it's easily bio-degradable in nature. That's nonsense! It may even make the litter problem worse."

But supporters of the ban hope to reduce the amount of plastic waste produced in France.

Plastic doesn't biodegrade and has become an enormous problem across the globe. There are massive collections of plastic waste in the world's oceans, and by some estimates, oceans will have more plastic trash than fish by 2050.

According to a January report on plastic trash from the World Economic Forum and the Ellen MacArthur Foundation, the kind of "systemic change" that would avert the catastrophic effects of plastic waste would "require major collaboration efforts between all stakeholders across the global plastics value chain – consumer goods companies, plastic packaging producers and plastics manufacturers, businesses involved in collection, sorting and reprocessing, cities, policymakers and NGOs."