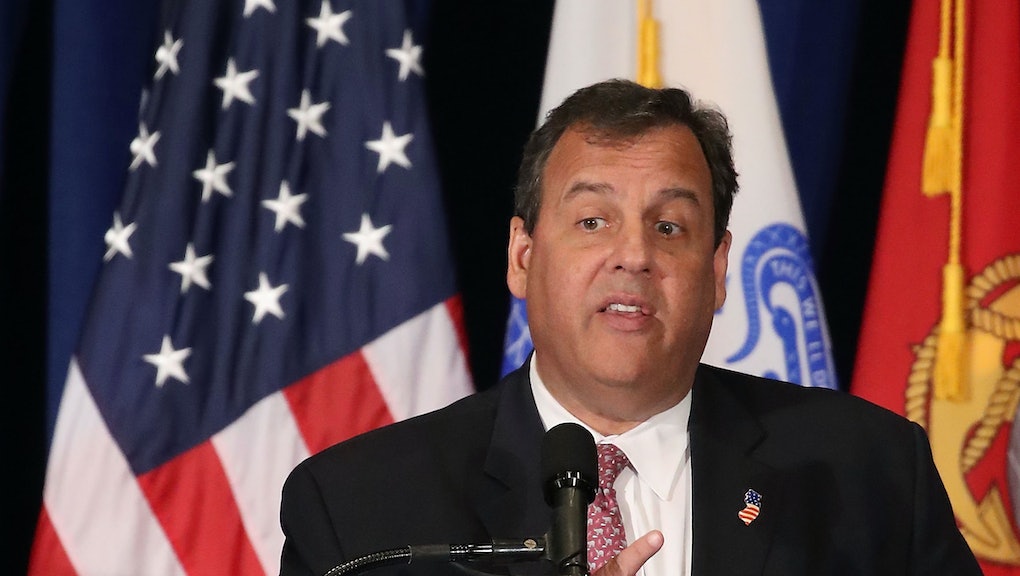 Assistant U.S. Attorney Vikas Khanna, the federal prosecutor leading the investigation of 2013 lane closures on the George Washington Bridge between New York and New Jersey, told jurors on Monday Gov. Chris Christie knew his staff had shut down lanes on the bridge as an act of political revenge against his opponent, Politico reported.

According to Khanna, former Christie-appointed Port Authority officials David Wildstein and Bill Baroni "bragged" about the closures during a meeting with Christie at a Sept. 11 memorial, informing him "about the fact that there were traffic problems in Fort Lee and that Mayor Sokolich was not getting his calls returned."

Khanna made the remarks at the opening of the trials of Baroni and former Christie deputy chief of staff Bridget Kelly, reported the Guardian, where he stated Wildstein — who has already plead guilty to conspiracy — would testify he and Baroni directly informed the governor of the outcome of the lane closures.

Christie officials closed lanes on the bridge, a major thoroughfare in one of the most densely populated regions of the U.S., from Sept. 9 to Sept. 13, 2013, causing gridlock throughout the city of Fort Lee in New Jersey. Prosecutors allege Christie staff and appointees conspired to get revenge upon the city's Democratic mayor, Mark Sokolich, for failing to re-endorse Christie's re-election.

Photos of the 2013 memorial event show that Christie indeed met with both Baroni and Wildstein, though Christie has downplayed his connection to several staff members and appointees involved in the scandal. Christie fired Kelly in 2014 after it was revealed she sent a message to Wildstein saying "time for some traffic problems in Fort Lee" before the closures.

Wildstein is well known in New Jersey politics as a hard-nosed political operator who for years acted as one of the governor's political enforcers within the Port Authority, according to New York, and who former colleagues have said ruled through intimidation at the agency.

While prosecutors have been unable to come up with hard evidence tying Christie to the bridge fiasco, the incident is widely credited with helping tank his 2016 presidential bid, and the upcoming trials are likely to dig up even more dirt on the governor, reported the Associated Press.

"It's never one thing," Rebovich Institute for New Jersey Politics director Ben Dworkin told the AP. "You can't say he lost because of Bridgegate. But did it stop his momentum? I think that's clear ... We're going to have six weeks of revelations of how the Christie administration did business."

Those revelations couldn't come at a worse time for the governor: Christie, reportedly bitter he failed to secure Republican presidential nominee Donald Trump's vice presidential slot, has given every appearance he is seeking to become a theoretical president Trump's attorney general or other high-ranking Cabinet official.