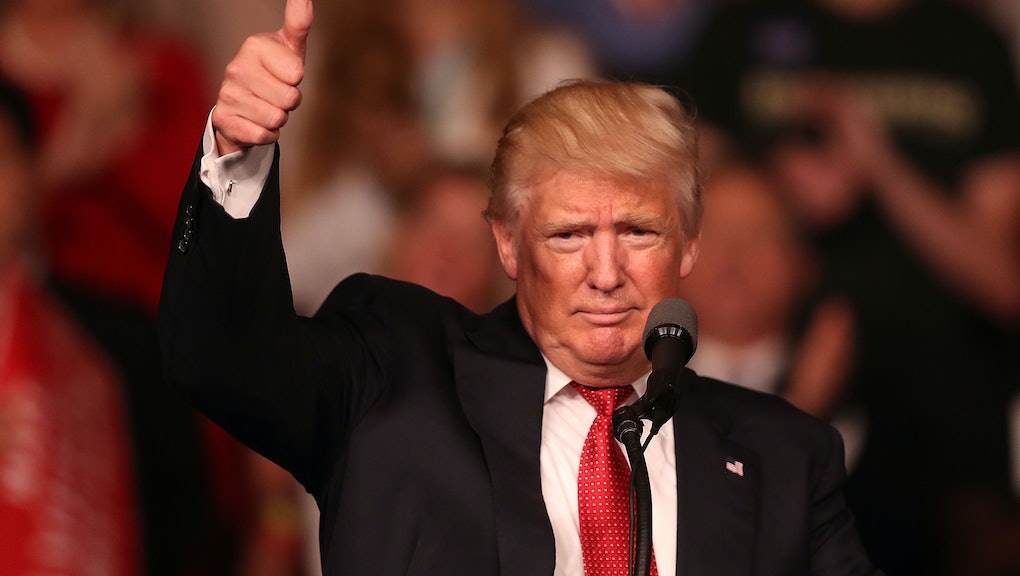 To Donald Trump, even constitutional rights are "sad"

Donald Trump said Monday that it's "sad" that Ahmad Rahami, the man accused of planting bombs across New York and New Jersey, will get legal representation and essential medical care — constitutionally granted rights for every American citizen, no matter what crimes they are suspected of.

"We will give him amazing hospitalization. He will be taken care of by some of the best doctors in the world. He will be given a fully modern and updated hospital room. And he'll probably even have room service, knowing the way our country is," Trump said Monday at a rally in Florida, referring to Rahami.

"And on top of all that, he will be represented by an outstanding lawyer. His case will go through the various court systems for years and, in the end, people will forget and his punishment will not be what it once would have been," Trump continued. "What a sad situation."

Similarly, it's unclear why Trump said convicted terrorists in the U.S. are not given harsh sentences.

Just last year, Dzhokhar Tsarnaev was convicted and sentenced to death for the Boston Marathon bombings that killed three and wounded hundreds of others.