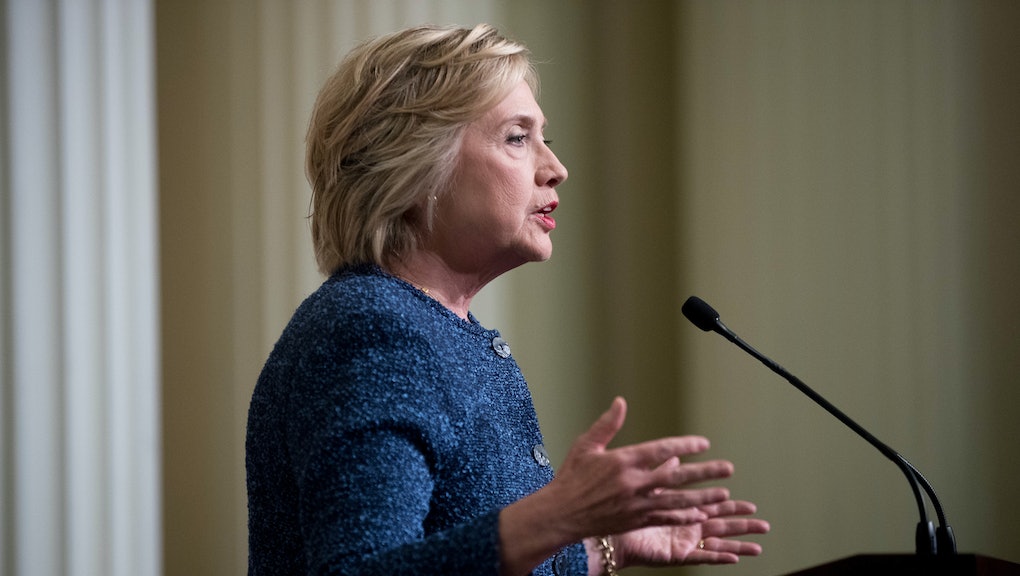 Hillary Clinton's net worth 2016: Here's a look inside the candidate's personal finances

Money has substantially defined Hillary Clinton's political life. Since she left the White House in 2001, political opponents have accused the former first lady of using her political status to strengthen her financial position. Whether the pay days Clinton has seen since the 1990s are motivated by ambition or good intentions, there is no doubt politics has increased Clinton's net worth.

Estimates of Clinton's net worth

The most recent estimates of Clinton's net worth put her wealth between $30 and $50 million. Her disclosure to the Federal Election Commission indicates she is worth $31 million. Forbes estimates the combined worth of Hillary and former president Bill Clinton at $45 million.

The Clintons were "dead broke" when they left the White House, according to Hillary. But since 2001, they have earned more than $230 million, according to Forbes. Many of those millions came from highly-compensated speeches given all over the world, some of them delivered to Wall Street banks.

Where Clinton's net worth comes from

Hillary Clinton drew more than $21 million in speaking fees in two years after leaving the State Department. Her typical fee was $225,000. Those speeches became an issue during the Democratic primary as Sen. Bernie Sanders criticized Clinton for not disclosing what she told Wall Street bankers.

Another monetary criticism of the Clintons relates to their foundation. However, no proof shows the foundation was a clearinghouse of cash for Bill and Hillary. That has not stopped Trump supporters from claiming the Clintons enriched themselves through the foundation.

Unlike Donald Trump, Clinton has released her tax return for 2015. She earned $30.6 million and paid a 30% income tax rate.