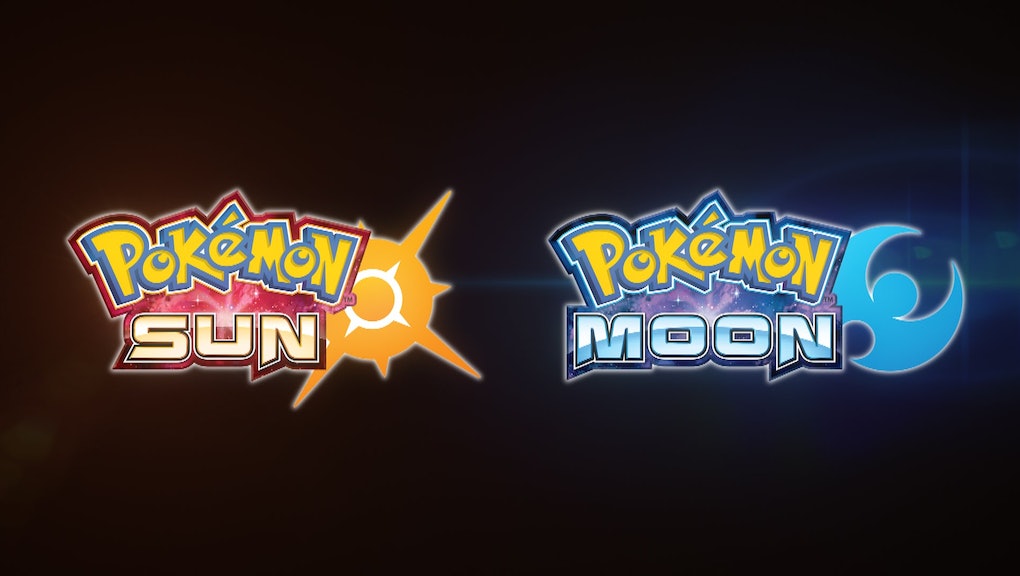 Pokémon Go may have captured national attention throughout the summer, but fans of the traditional Pokémon games have something more expansive to look forward to. Pokémon Sun and Pokémon Moon are on the cusp of arrival with a Nov. 18 release date for the Nintendo 3DS. There are a ton of new features and, of course, Pokémon.

Here's everything we know so far:

The latest Pokémon adventure will take place on a tropical archipelago known as Alola, which looks a lot like Hawaii. There are five islands — four natural, one man-made — and the area is known as a tourist destination. Just like previous Pokémon games, this new region has a diverse ecosystem of unique Pokémon.

A fascinating twist, however, is that Alola features regional variants of Pokémon that have mutated due to the area's varying range of climates. For example, Vulpix and its evolution, Ninetales, are usually fire-type Pokémon. But in Pokémon Sun and Pokémon Moon, you can encounter ice variants of those species, with Ninetales even adding a fairy-type to its ice abilities. These Pokémon mutations are referred to as "Alola Forms."

As with each generation of Pokémon games, each trainer begins with a starter Pokémon that they must choose out of a set of three. These are the choices this time around:

Rowlet: a grass/flying-type known as the "grass quill" Pokémon. Rowlet has the overgrow ability, which increases grass-type moves when the Pokémon's HP reaches a critical point. Rowlet also begins the game with a grass attack called leafage, which is entirely new to the Pokémon universe.

Litten: a purebred fire-type which clearly resembles a cat. Litten comes equipped with the blaze ability, which is similar to Rowlet's ability. Litten begins the adventure with the well-known basic fire move, ember.

Popplio: Popplio is a standard water-type comparable to a sea lion. It possesses the ability of torrent, which, again, strengthens water-type moves under pressure. Popplio begins Pokémon Sun and Pokémon Moon with water gun, a basic water attack.

In addition to revamped graphics and user interfaces, Pokémon Sun and Pokémon Moon have added several new features to the Pokémon franchise.

Battle Royal: a new multiplayer mode that pits four trainers against each other in a free-for-all battle. Each player must select three Pokémon for their team, using one at a time during battle. The battle ends once one player's Pokémon all faint. Points are then tallied up and a winner is determined by how many Pokémon a trainer has remaining as well the number of Pokémon they knocked out.

Rotom Pokédex: Professor Kukui, the Professor Oak of Pokémon Sun and Pokémon Moon, gives trainers a Pokédex that is literally a Pokémon. Rotom is a an electric/ghost-type that can function as a digital appliance — like an encyclopedia. Rotom "has a personality of its own and will do much more to help players besides recording information about Pokémon," according to IGN.

Z-Moves: this new battle mechanic is basically the "special move" similarly utilized in fighting games like Street Fighter or Dragon Ball Z. Each Pokémon type has a special z-move that can be activated if trainers collect enough z-crystals, which are found all over Alola. Once Pokémon are equipped with the appropriate z-crystals, they can unleash a massively powerful attack. You only get to use a z-move once per battle, however, so choose wisely.

QR Scanner: another new feature allows players to scan QR codes using the 3DS' camera to either register Pokémon in their Pokédex or even receive a special Pokémon within the game. Nintendo is a little light on details, but claims "there are QR Code patterns in various places all around you." Our guess is that QR codes will be available on various Pokémon merchandise, promotional leaflets or at Nintendo events. But once a trainer catches a new Pokémon, they unlock its QR code pattern, which in turn can be shared with other Pokémon Sun and Pokémon Moon players. Newly received QR codes can then be scanned to discover a Pokémon's location. It's a handy feature if you're having trouble locating a particular Pokémon.

For more details on Pokémon Sun and Pokémon Moon's new features, check out the trailer below: