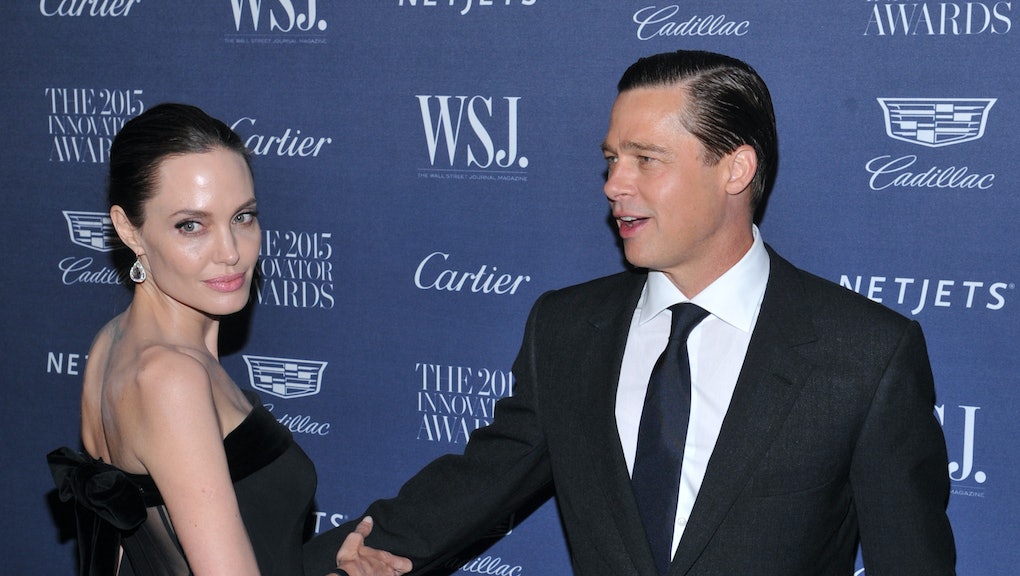 Brad Pitt and Angelina Jolie net worth: How the former lovebirds are splitting the cash

Brad Pitt and Angelina Jolie's surprise divorce, which went public Tuesday after the couple's reported split on Sept. 15, has dominated the news. It was as if love died the day one of the world's highest-paid celebrity couples split, and everyone quickly heard of their fall from cloud nine.

But when Pitt and Jolie finalize their breakup, it's not just the two of their perfectly chiseled bodies walking away from the match made in Hollywood heaven. No, in Brangelina's case, there is tremendous and diversified wealth that must be divided, not to mention their children's futures to consider with every financial decision.

So who keeps what? Rumors suggest the two agreed to a prenup during their 2014 wedding, which would mean the stars simply take what they've earned to their respective brand new bank accounts — unless they already had their individual accounts set-up, like Kim Kardashian and Kanye West.

International Business Times reported the pair's joint net worth at a whopping $400 million, in large part thanks to the longevity of their careers in the film industry. According to the reports of Jolie's divorce filing, the actress and special envoy to the UNHCR is not seeking any spousal support but wishes to retain physical custody of their children.

If Jolie walks away with the children, her own investments and earnings from the decade she spent with Pitt, at least her bank account will rest easy: The actress' individual net worth is reportedly a cool $160 million, while Pitt's is $240 million, according to IBT.

That isn't to say the two will remain in each other's lives, financially or emotionally, in some form. "I am very saddened by this, but what matters most now is the well-being of our kids," Pitt said in a statement.

Nothing is ever black and white during an uncoupling, especially with children, and money most people can't even think of. But at least financial constraints will be the least of a very public family's worries as they go through this difficult time.