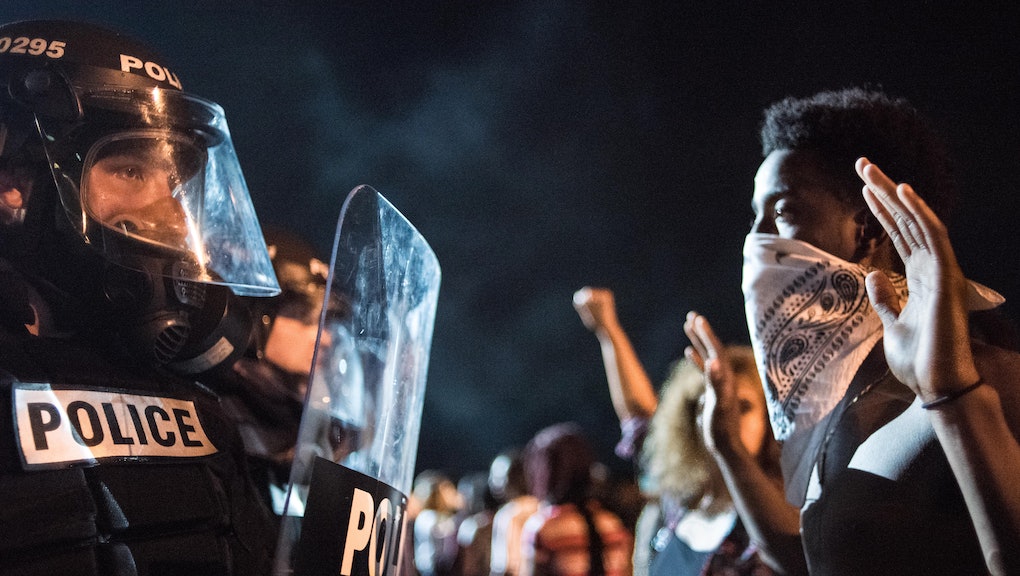 Black men have a legitimate reason to run from police, according to Massachusetts court

In a ruling to toss out a gun conviction, a Massachusetts Supreme Judicial Court said on Tuesday that Boston police had no right to stop the black suspect in the first place — and argued that black men who flee police in the city shouldn't automatically arouse suspicion in light of the way the group is "disproportionally and repeatedly targeted" by police.

To bolster its reasoning, the court used data in part from a 2014 ACLU report, which found that between 2007 and 2010, 63% of the encounters Boston police had were with black people — despite the fact that the city's population is only 24% black.

This statistic, court documents said, plays a significant role in trying to ascertain whether or not a suspect is fleeing authorities out of guilt or fear:

We do not eliminate flight as a factor in the reasonable suspicion analysis whenever a black male is the subject of an investigatory stop. However, in such circumstances, flight is not necessarily probative of a suspect's state of mind or consciousness of guilt. Rather, the finding that black males in Boston are disproportionately and repeatedly targeted for FIO [Field Interrogation and Observation] encounters suggests a reason for flight totally unrelated to consciousness of guilt. Such an individual, when approached by the police, might just as easily be motivated by the desire to avoid the recurring indignity of being racially profiled as by the desire to hide criminal activity. Given this reality for black males in the city of Boston, a judge should, in appropriate cases, consider the report's findings in weighing flight as a factor in the reasonable suspicion calculus.

The case being deliberated involved Jimmy Warren, a black man arrested on December 18, 2011 as police attempted to investigate a break-in in Roxbury, Massachusetts, WBUR News reported.

The descriptions of the three suspects that the officers had to go on were scant: They were looking for three black men — one in a "red hoodie," one in a "black hoodie" and the third in "dark clothing." But a lack of information didn't stop the officers from isolating Warren and another man, who both ran as police pursued them.

Warren hadn't committed the break-in, but a .22 caliber firearm found on the grass nearby landed him a conviction for unlawful possession of a firearm.

But according to Tuesday's court ruling, police hadn't had sufficient evidence to pursue him in the first place — and running from authorities may be a reasonable action for an innocent black man to take.

Matthew Segal, the legal director of the ACLU of Massachusetts, told the Grio that the ruling sets a much-needed example for people of color that their lives do matter under the law.

"The reason that's significant is that all the time in police-civilian encounters there are disputes about what is suspicious and what is not suspicious," Segal said. "So this is an opinion that looks at those encounters through the eyes of a black man who might justifiably be concerned that he will be the victim of profiling."

Tuesday's ruling is also significant because Boston is not the only city in the United States where police disproportionately focus their attention on the black community.

During a 2013 investigation during the heyday of "stop and frisk" tactics in New York City, a court found that city police had made 4.4 million stops between January 2004 and June 2012; about 83% of those stopped were black or Hispanic.

In San Francisco, a report on law enforcement practices commissioned by the District Attorney's office found that, "although black people accounted for less than 15% of all stops in 2015, they accounted for over 42% of all non-consent searches following stops."

And in 2016, a Chicago Police Accountability Task Force found that black and Hispanic drivers were more than four times as likely to be searched as those who were white.

The ruling in Boston sets up a precedent that other arms of law enforcement in the United States should follow: to treat the black community as the victims of decades-long systemic oppression rather than as criminals.