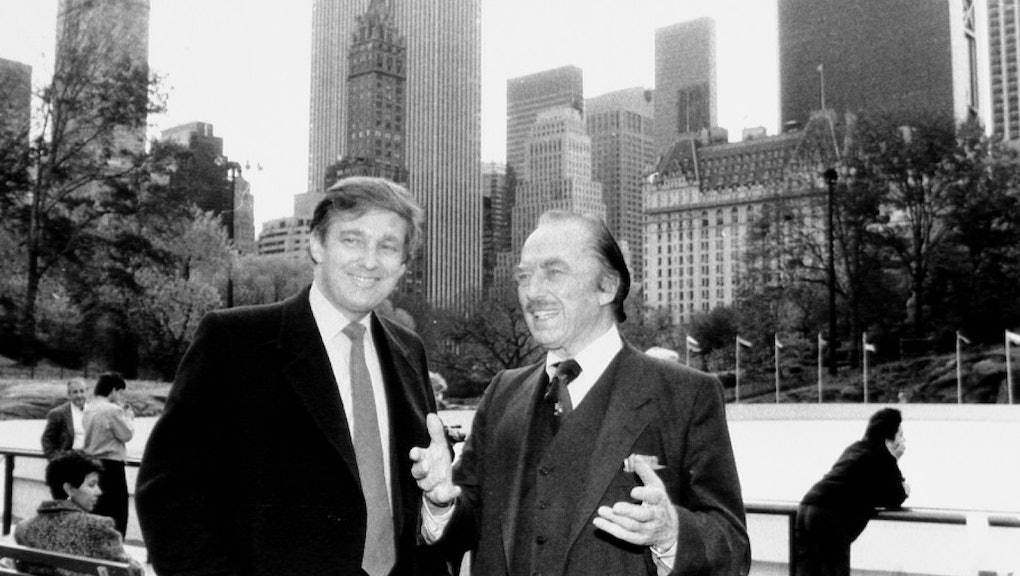 Was Donald Trump's father a racist? Here's what we know about his housing policies

If black Americans wonder what they have to lose if Donald Trump is elected, they can first look back decades to when Trump and his father faced allegations of housing discrimination.

Fred Trump became rich as he built apartments across New York City. And according to in-depth reporting and federal complaints, Donald Trump's father excluded minorities and aimed to house whites.

The elder Trump began his building career in the 1920s. Unlike his son, Fred focused on middle-class real estate construction. He built apartments through the 1950s, culminating in the construction of Trump Village on Coney Island in the early 1960s.

As Fred built his housing empire, his son Donald became part of the family business. In the early 1970s, Donald had risen to president of the Trump family real estate firm. And in 1973, a bombshell hit the company: Federal authorities alleged the Trump organization was not renting to black people. According to the Village Voice, the federal complaint forced Trump to actively promote his company's properties within minority communities to attract black renters.

Now, as Trump has campaigned to win the support of black voters, stories have emerged that paint him and his father as real estate titans who actively excluded blacks. In the early 1950s, Woody Guthrie found a Fred Trump operated housing complex to be almost exclusively white. Black renters have recalled being denied housing in the 1960s at Trump properties.

"By 1967, state investigators found that out of some 3,700 apartments in Trump Village, seven were occupied by African-American families," the New York Times reported. And as Nicholas Kristof noted in a Times column on racism and Trump, black test renters were told no apartments were available while white testers were immediately shown apartments.

And the family's possible connections to racist policies goes deeper than housing. In 1927, someone by the name of Fred Trump was reportedly arrested at a Ku Klux Klan rally in New York City, when Donald Trump's father would have been 21 years old. His son denied his father was arrested at that rally, along with other accusations of racial bias.