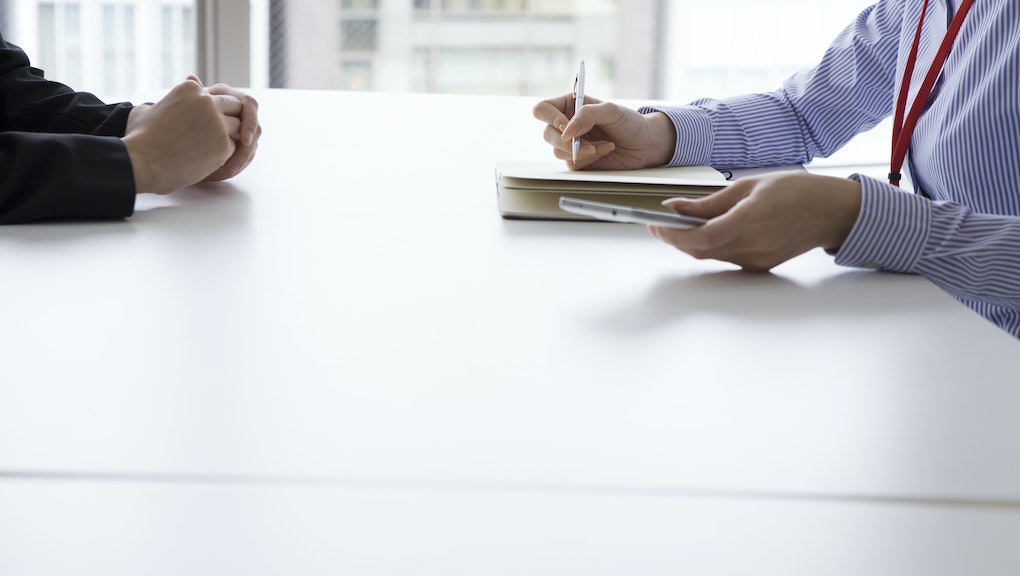 It was already clear that not all qualified job applicants are treated equally, but it turns out that the most mild differences in weight can be the difference in locking down a position. A new study published earlier this month in the scientific journal Plos One shows that even slight increases in weight can hurt an applicant's prospects — especially if that applicant is a woman.

The researchers digitally modified photos of the same white, unadorned faces to look like they belonged to people of different weights, and then asked study participants to rate the people in the photos on their "hireability."

What they found was that the "heavier" female faces were rated lower than both the original faces and the "heavier" male faces. Basically, being a woman who is perceived as even marginally overweight could have some truly harmful effects on job prospects.

The findings go further than past studies that have shown that "overtly obese and overweight women suffer from employment discrimination," the study explained; for women, it turns out, even being outside of a socially acceptable weight by just a small margin could mean missing out on a dream job.

Discrimination against employees based on weight is hardly new — as Eve Tahmincioglu wrote in a column for NBC News back in 2007, "Obese men and women can expect to earn on average anywhere from 1 to 6% less than normal weight employees," and women lost out on more pay than men.

Tahmincioglu cited a story about Annette McConnell, who worked in sales in Arizona. McConnell said her supervisor made constant comments about her weight and even suggested she skip meals. Eventually, aftering being told "people don't like buying from fat people," she was fired.

Some companies have even institutionalized fatphobia in the workplace – in 2010, Whole Foods announced a program giving employees with lower BMIs better discounts than their heavier counterparts.

The researchers in this latest study called the results "deeply unsettling" in what they say about gender equality in the workplace. And what makes it all the more grim is that the researchers point out that discrimination because of weight is "unlikely to change any time soon," since "weight is not a protected characteristic in fair employment laws" in most places in the U.S.