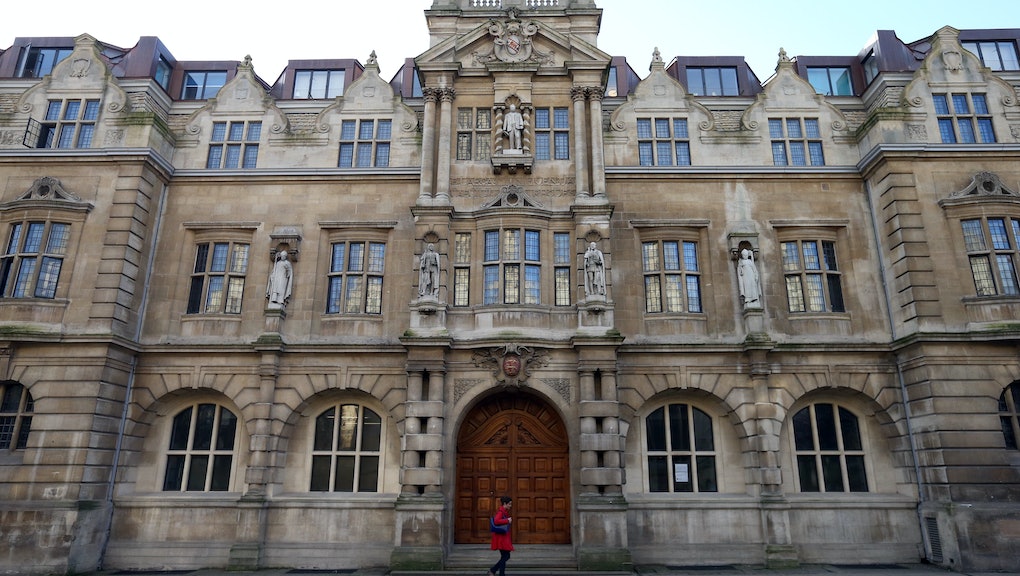 On Monday, authorities arrested a 23-year-old Oxford University student accused of sexual assault. But while the Sun reported that the alleged assailant had left his victim "physically and psychologically scarred," a university source reportedly chose to focus on the 23-year-old's academic success.

"The nature of the allegations are truly shocking," the source told the British tabloid. "He is a highly intelligent young man. His arrest has shocked the university community."

The Sun took this comment and ran with it in its own reporting, describing the man as a "brilliant Oxford student."

The news that a university official or a media outlet would choose to focus on an alleged rapist's personal achievements is probably less shocking following the decision of Brock Turner's sexual assault case back in March. Even after Turner was found guilty on three counts of felony assault, news sites insisted on referring to him as a "former Stanford swimmer" rather than a sexual assault convict.

ABC News even went so far as to ponder "what's next for the former swimmer" when Turner was released from jail earlier this month.

In an article from the Tab, the university's student publication, reporters noted the unnamed 23-year-old is "notable on the Oxford politics scene."

As of Tuesday, the student remains in police custody, according to the Tab — because, as it turns out, a good GPA isn't a get out of jail free card.

Representatives of Oxford University's administration were not immediately available for comment.