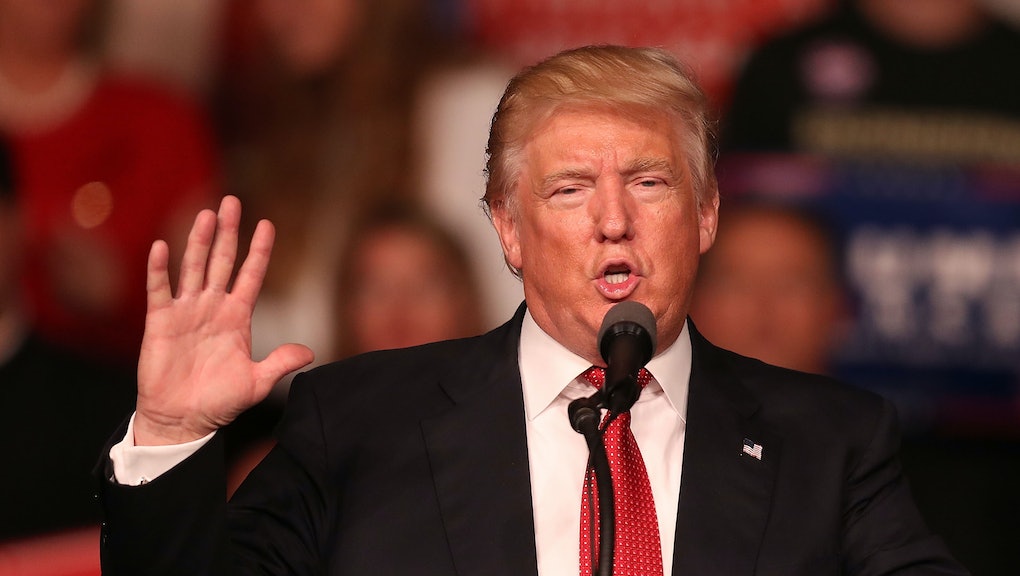 Republican presidential nominee Donald Trump's supposed plan to stop violence in black communities relies on expanding police powers to stop and frisk people in those communities at will, apparently.

When an audience member asked Trump for his solution to "a lot of violence in the black community ... you know, black-on-black crime," the candidate responded, "Right, well, one of the things I'd do, Ricardo, is I would do stop and frisk. I think you have to. We did it in New York, it worked incredibly well and you have to be proactive and, you know, you really help people sort of change their mind automatically, you understand, you have to have, in my opinion, I see what's going on here, I see what's going on in Chicago, I think stop and frisk."

As Trump's supposed concern for the plight of minority communities really more resembles a ploy to appeal to bigoted beliefs held by white voters, his national stop-and-frisk plan may be more about just that than actual policy. But even taking Trump at his word leads to some dismal conclusions.

Stop and frisk is a police tactic in which officers stop and briefly detain supposedly suspicious individuals, searching them for weaponry or anything else that could get them in trouble with the law. Historically, police have typically targeted impoverished and minority neighborhoods for stop-and-frisk operations, which is why its opponents call it a euphemism for racial profiling.

From 2004 to 2012, the analysis found, the NYPD stopped more than 4.4 million people, ultimately finding weapons on less than 1% of those stopped. So if the intent of Trump's stop-and-frisk proposal was actually to make people safer, there's little evidence it would.

The practice was stopped after a federal court ruled it unconstitutional, with Judge Shira Scheindlin writing:

"Under the NYPD's policy, targeting the 'right people' means stopping people in part because of their race. Together with Commissioner Kelly's statement that the NYPD focuses stop and frisks on young blacks and Hispanics in order to instill in them a fear of being stopped, and other explicit references to race . . . there is a sufficient basis for inferring discriminatory intent."

Given the Trump campaign's dog-whistling rhetoric and penchant for racking up far-right allies, "discriminatory intent" may go a long way towards explaining the possible motivations of people wishing to roll stop and frisk out nationally.