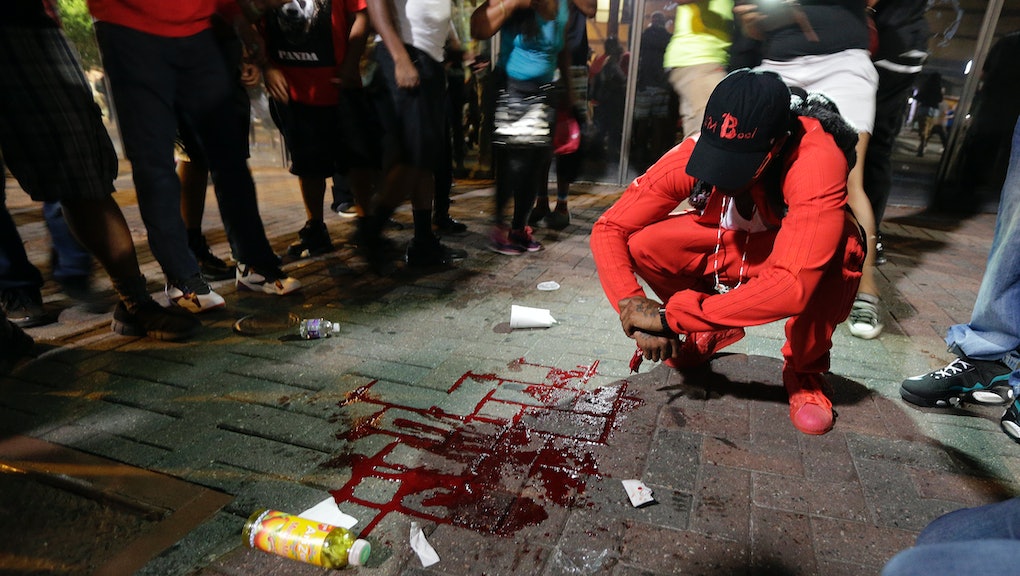 One person shot at Charlotte protest over CMPD killing of Keith L. Scott

During what started as a peaceful protest over the Charlotte-Mecklenburg Police Department killing of black father Keith L. Scott, an unidentified person was shot and seriously injured Wednesday night.

While local media including Fox 46 Charlotte originally reported the victim had died, citing CMPD Chief Kerr Putney, and the city of Charlotte's official Twitter account posted that a death had occurred, it later emerged the person shot was not in fact killed but was instead critically injured and on life support.

While the exact circumstances of the shooting remain unclear, the city maintained as of late Wednesday evening that CMPD officers did not fire the shot.

But in a statement forwarded to Mic, Minister Steve Knight of Missiongathering Christian Church and the Charlotte Clergy Coalition for Justice said he and other clergy present were not convinced.

"I saw the man go down on the pavement," Knight said. "It was an ambush. The victim was shot while he stood between two ministers, and we believe he was shot by police. We would like to see surveillance video from the surrounding area that may have captured the shooting to determine who was responsible."

Multiple news agencies reported the scene had turned ugly as police, many wearing riot gear, launched tear gas to disperse the crowd, and that some individuals in the crowd turned to throwing objects and breaking windows.

The metro area has seen multiple protests since Scott's death, which occurred during the course of a police search for an unrelated suspect on Tuesday. While authorities say Scott was shot and killed while holding a firearm, family members contested the official account, describing the shooting as reckless and saying Scott was shot impulsively by undercover law enforcement officers who were not in uniform.