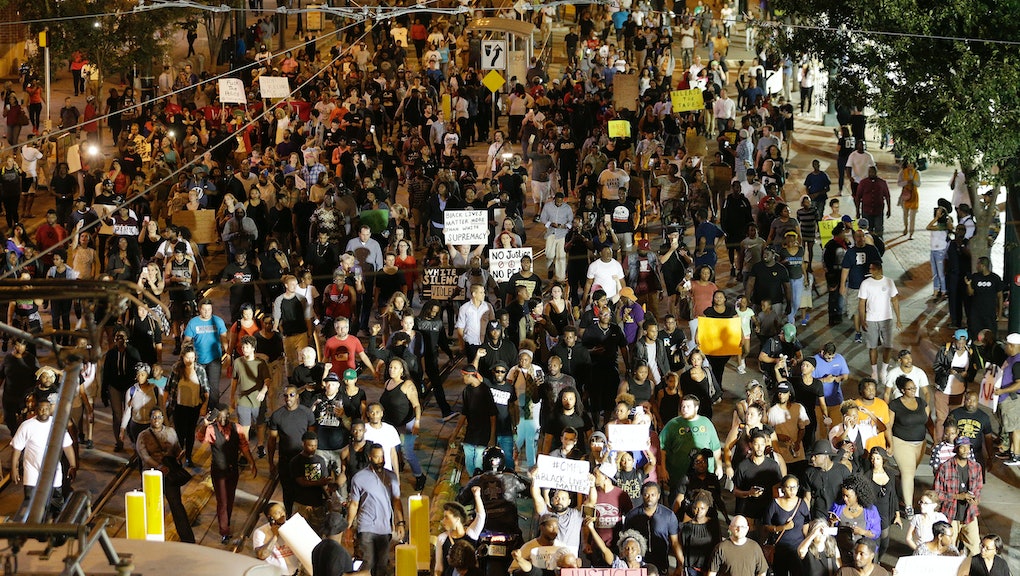 A conservative USA Today columnist and University of Tennessee professor was temporarily banned from Twitter after he posted a message to the social media site encouraging motorists to run down protesters of the fatal police shooting of Keith Lamont Scott in Charlotte, North Carolina.

Talking Points Memo reported that the columnist, Glenn Reynolds, was responding to a tweet about protesters blocking off traffic on the I-277 highway on Wednesday night when he sent the nasty missive.

Incensed Twitter users began steadily reporting the tweet, claiming that it was a form of inciting violence, TPM reported. Arbiters of the social media platform eventually took notice, and removed Reynolds' account shortly after the tweet was posted.

But by Thursday morning, Reynolds, who uses the handle @Instapundit, was back on Twitter, claiming that the network had granted him access after he promised to remove the offending tweet.

Though authorities say that Scott was armed at the time of the altercation, his family continues to fight those claims — and civilians continue to fight for justice.

The protests, which started off peacefully, have quickly turned violent. On Wednesday night, local media reported that at least one person had been shot and has sustained critical injuries. (The person was initially reported dead by the city, but that statement was eventually corrected.)

Shortly after the shooting, CNN reported that North Carolina Gov. Pat McCrory had declared a state of emergency.