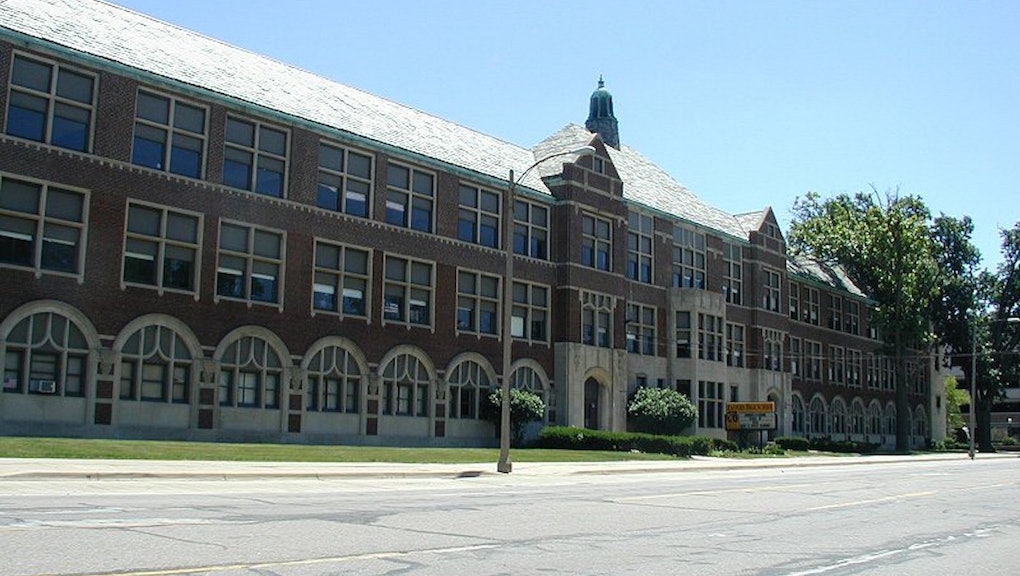 According to the website, the assaults form the basis of two lawsuits against Eastern High School in Lansing, Michigan. In the most recent incident, a 14-year-old Native American student was confronted by a boy of the same age in a stairwell. He pulled out his penis and forced her to touch it, while a security camera captured the entire thing.

After reviewing the footage, police later backed the girl, saying she looked "hesitant" throughout the encounter. Administrators disagreed, issuing a 10-day suspension for her "obscene and/or lewd behavior" and being an "active participant in a sexual activity," according to a disciplinary action form obtained by BuzzFeed. The boy, meanwhile, pleaded guilty to a misdemeanor charge of indecent exposure in March.

A disciplinary official for Eastern, Sharon McWilliams, told the girl she hadn't given her classmate a "strong enough no," according to BuzzFeed, and should have instead shamed him with a line like, "Is that all you've got?" when he exposed himself.

The other incident occurred in Sept. 2014, when a football player named Edward Darien Jackson raped a student referred to in the story as "A.P." in his truck during their lunch break. According to BuzzFeed, he violently assaulted A.P., and when she told Eastern principal Donna Pohl about the incident, she was told that it was against the school's rules for her to be outside during lunch period.

"We suspend students for doing that," Pohl allegedly said. A.P. left the school when harassment from other kids became too much for her to handle, but the police did arrest Jackson, who was sent to prison for seven to 15 years.

As A.P. told WLNS, she had no idea how or to whom she should have reported the rape. The school's point-for-point bungling of a Title IX complaint is a serious problem, the girls' lawyer — Karen Truszkowski — told BuzzFeed.

"It really does punish these young girls over and over again," she said. "The initial assault is bad enough, but then they're treated poorly by the school, they're afraid to go back to school — it's one thing after another."

In a statement emailed to BuzzFeed and local media, the Lansing school district refused to comment, saying it would "not participate in the exploitation of this case in any manner."

Unfortunately, Lansing's mishandling of sexual assault is far from unique — in Gwinnett County, Georgia, a student was suspended after she reported that a classmate coerced her into oral sex on campus. On multiple occasions, the New York Board of Education has punished sexual assault victims for coming forward, "particularly if [those victims] are black and poor," according to the New York Times. Sexual assault on college campuses is an increasingly visible problem, but the degree to which it plagues high schools has gotten comparably less traction.

On Monday, the White House issued a reminder to K-12 schools of the legal framework in place for handling sexual assault complaints. The Task Force to Protect Students from Sexual Assault released a memo essentially reiterating Title IX exists and that it obligates them to adhere to certain standards when drafting sexual misconduct policies.

Eastern High School may benefit from having a second look.