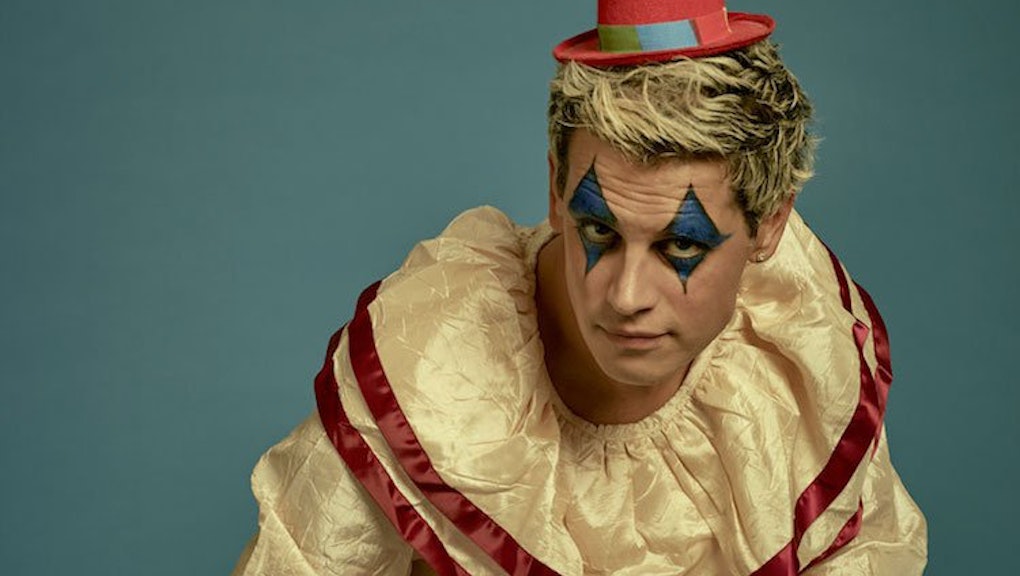 Some journalists think their job is simply to push "facts" out into the world and see what happens. They lob grenades over the editorial wall and don't think they're responsible for the explosion on the other side.

This is what gay magazine Out did Wednesday, when it published a pretentious profile of Milo Yiannopoulos, a tech editor at alt-right site Breitbart. Yiannopoulos was banned in June from Twitter for inciting and fueling a harassment campaign against Ghostbusters actress and Saturday Night Live cast member Leslie Jones. An anti-feminist and white nationalist icon, he is known for his attacks on Muslims — after the shooting at Pulse nightclub in Orlando, Florida, held a press conference denouncing Islam. Out provocatively titled the piece, "Send in the clown: Internet supervillain Milo doesn't care that you hate him."

The piece has rightfully led Out readers and the gay commentariat to ask: Why is a gay, progressive magazine showering such attention on one of the culture's most toxic trolls?

Rather than take the white nationalist icon to task, Out treated Yiannopoulos to a lifestyle piece, accompanied by a tongue-in-cheek photo series of the subject in a clown costume as well as in drag. The article has generated a firestorm of criticism on social media. An open letter from LGBT media professionals went up Thursday on ThinkProgress urging places like Out to hold themselves to "a higher standard when reporting on the lives of LGBT people."

The author follows Yiannopoulos as he runs errands, including a trip to the barber and tailor, while the provocateur spouts racist and anti-trans garbage unchallenged.

"You really expect me to believe that I shouldn't laugh about trannies? It's hilarious. Like, dude thinks he's a woman?" Yiannopoulos tells the author at one point, bursting into laughter. In another passage, he says he "like[s] fucking blacks and, ergo, [is] unlikely to be a racist."

The piece doesn't even offer a polite rebuttal of these remarks. By way of journalistic balance, however, it does include critical quotes from New York Daily News reporter Shaun King — among the victims of Yiannopoulos' attacks — and an imam countering Yiannopoulos' characterizations of Islam.

"What's more powerful is letting someone condemn themselves through their own words, rather than telling others how they should feel about something." — 'Out' writer Chadwick Moore

In a petulant editor's note at the top of the piece, Out said Yiannopoulos' views were not the magazine's. "We ask you to assess Milo Yiannopoulos, the focus of this profile, on his own words without mistaking them for ours," they write, lamenting the "era of social media tribalism" that forced them to respond. The note adds that the publication "can't shy away from covering queer people who are at the center of this highly polarized election year."

The author of the piece, Chadwick Moore, told Mic in an email he did not want to be heavy-handed in his treatment of Yiannopoulos, and accused his critics of trying to silence the magazine.

"People are angry because this isn't an op-ed," he said. "What's more powerful is letting someone condemn themselves through their own words, rather than telling others how they should feel about something. ... We are a glossy print magazine, and this is how you do a profile and how a profile has always been done."

Out editor Aaron Hicklin reiterated the importance of covering Yiannopoulos. "This is Trump's nasty, gay bitch," he told Mic in a phone interview. "Of course we would write that story in a turbulent year."

"The idea that there can be a radical gay voice on the right is strange and interesting to me," he added. "I find it fascinating and don't think we should cower from writing that story because we'll offend people."

The problem with Out's decision to profile Yiannopoulos — and the way in which the piece was executed — is not that readers aren't sophisticated enough to see the jerk through the stylish writing, or that anyone is confusing Yiannopoulos' views for the magazine's. It's not that Out isn't allowed to publish what it wants — the First Amendment assures that it can.

It's that the bemused, sensational coverage of a fringe figure in a major gay magazine only serves to amplify Yiannopoulos' voice. You don't sprinkle artistic pixie dust on a white supremacist.

The claim that the 5,000-plus-word profile of Yiannopoulos is justified because he is "central" to the election is farcical. He is an online troll. As a British citizen, he can't even vote in the U.S. election. He is a guy who was entertaining enough to have duped a publication into showering him with attention because he had a lot of Twitter followers.

Alas, the surest way to turn a clown into a threat is by treating them with the same uncritical eye with which the mainstream media has treated Donald Trump, who has used billions of dollars in free airtime from the major television networks to rail against Muslims, Mexicans and refugees. As John Sides, an associate professor of political science at George Washington University, noted in the Washington Post, the media's early, fawning coverage of Trump helped propel his rise. Out is feeding a much smaller monster in the same way.

The irony of Out's story is that it comes at a time that the publication — and gay legacy media more generally — has come under fire for failing to promote anything but cisgender, white male voices. As Fusion has reported, 85% of Out's cover models over the last five years were white.

Those of us in the media are not mere stenographers. We decide whose voices to elevate. We amplify information. We generate the narratives that define public discourse. This isn't an opinion about how journalists should do their jobs; it's a statement of fact about the power of information and those who wield it.

The main difference among journalists is that some are agnostic about what happens on the other side of the editorial wall. The rest of us are not.

As Hicklin himself told Mic, "It's dangerous when you start caring about how people respond to what you say. It's important that you don't because it won't let you be truthful."