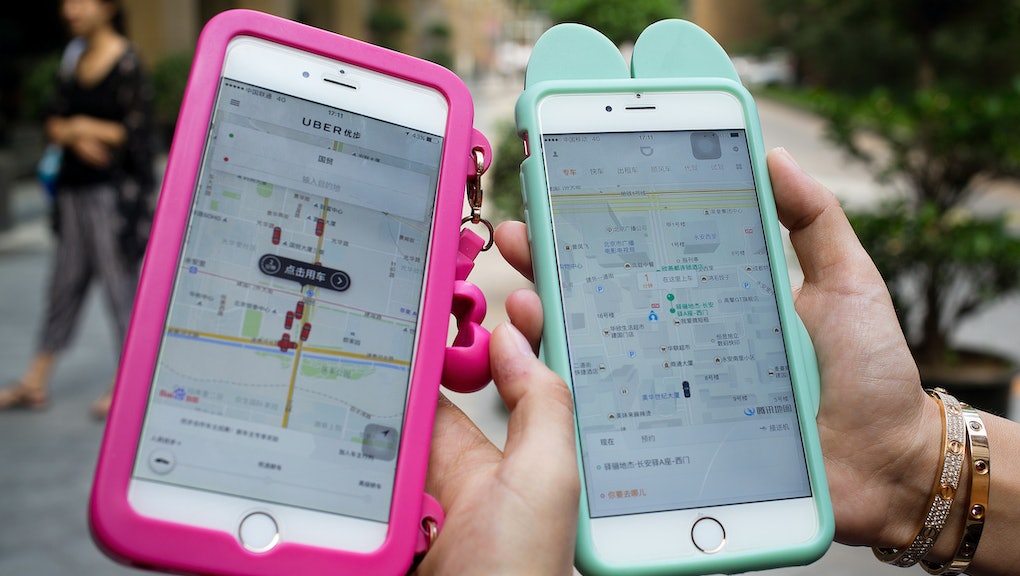 Uber drivers in China have found a clever way to game the service's cancellation system which charges passengers a fee if they cancel their trip, per reports on the English-language Chinese news site Sixth Tone.

Terrifying profile pictures that make it look like passengers are about to be picked up by the living dead.

They've been dubbed by locals as "ghost drivers" and reports of the scam have emerged throughout China, including in the major cities like Beijing and Shanghai.

Adam Minter over at Bloomberg captured one of the portraits in the below Tweet.

An Uber rep confirmed to Quartz they're aware of the scam and working on it.

"We have taken immediate actions and banned these reported individual fraud accounts while continuing to investigate and crack down on any fraudulent behavior to protect rider and driver interests," the rep said.

Uber has had more than one hiccup rolling out its service in the world's largest country. Back in August, Uber actually waived the proverbial "white flag" and sold its China business to one of its rivals Didi Chuxing, though some analysts believe the resulting mega-merger will face few challenges — at least from regulators.

Here's hoping the new company will have a more stringent policy regarding selfies.