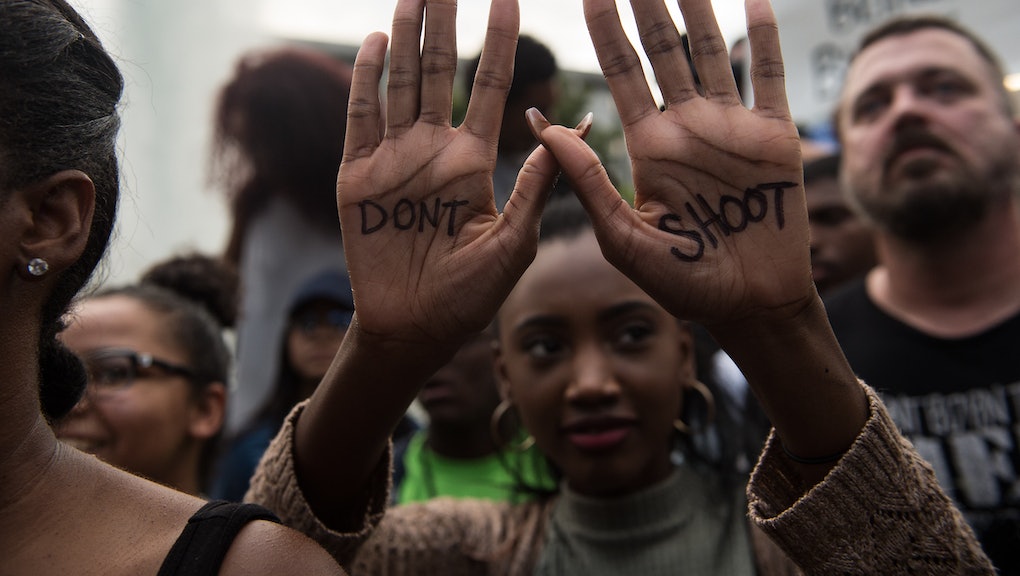 What is a TBI? Here's what the wife of Keith Lamont Scott meant in new video.

In a video filmed by Keith Lamont Scott's wife, Rakeyia Scott, four police officers in Charlotte, North Carolina, confront her husband and demand that he raise his hands.

While filming from a distance, Rakeyia repeatedly shouts, that her husband does not have a gun, to not shoot him and that he just took medication for his "T.B.I."

"He doesn't have a gun. He has a T.B.I.," Rakeyia says, according to a New York Times transcript of the dialogue in the video. "He's not going to do anything to you guys. He just took his medicine."

When Rakeyia shouted "T.B.I.," she was informing officers that her husband has a traumatic brain injury, which often happens when there is an external blunt force trauma against the skull or brain, according to Mayo Clinic. The trauma can be from a violent blow to the head or a bullet shot through the skull. These injuries often result in bleeding, bruising, torn tissues and swelling.

You can watch Rakeyia Scott's video below.