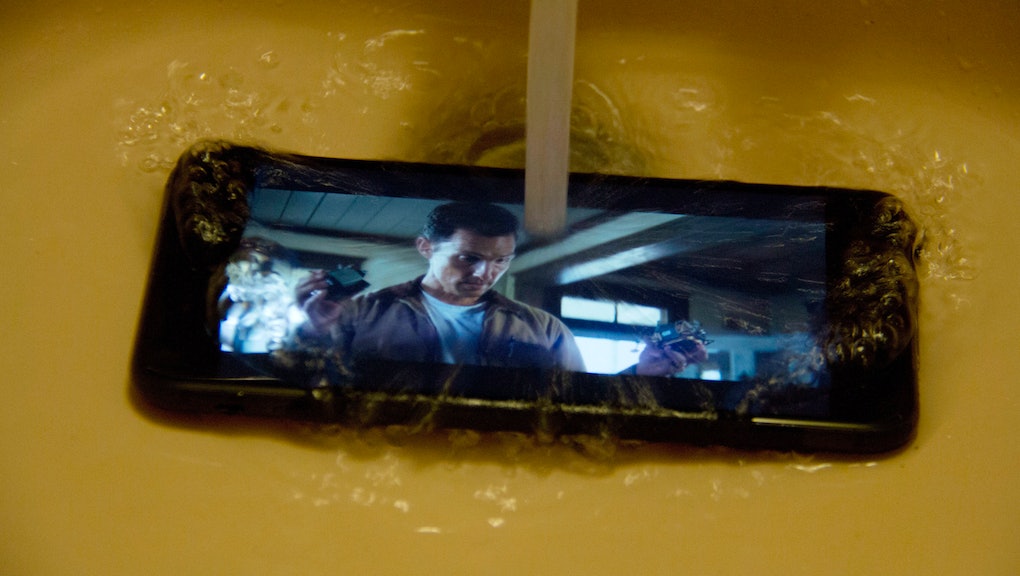 iPhone got wet? Here's how to dry it off.

The newly released iPhone 7 is water resistant, but for those of us who have yet to upgrade, liquid exposure is often an iPhone killer. That being said, there are a few tricks you can employ to save your iPhone from certain doom. Here are some ways to dry out a wet iPhone:

First, make sure you do not turn on the iPhone immediately following contact with water. Doing so may cause the device to short circuit, resulting in permanent damage. Resist the temptation to use the iPhone at all — the only button you should press is "power off" if the device is somehow still on.

Remove the iPhone from its case, if present, as it's ideal to have as few spots as possible for moisture to get caught.

Give your iPhone a light shake to release any trapped liquid, then gently dry off the outer buttons and ports — make sure whatever you're using to dry off the iPhone is clean. From here you'll want to remove the sim card. If salvaged, it'll make transitioning to a new phone much easier in the worst case scenario. Gently dry off the sim card tray, as well.

The next step is highly debated — rice, silica gel or air? Rice has been the gold standard for years, but recent reports indicate that its one of the least effective substances to dry out electronic devices. Silica gel, with its moisture absorbing properties, tested as one of the best drying agents available. But it requires a large quantity to work properly — about four cups, according to Gazelle, a gadget recycling company that conducted the cited phone drying experiment.

In case you can't acquire four cups of silica gel, the most effective technique is merely to leave the phone out in dry, open air. Adding a fan for circulation is recommended, and don't touch the phone for at least 24 hours — 48 if possible.