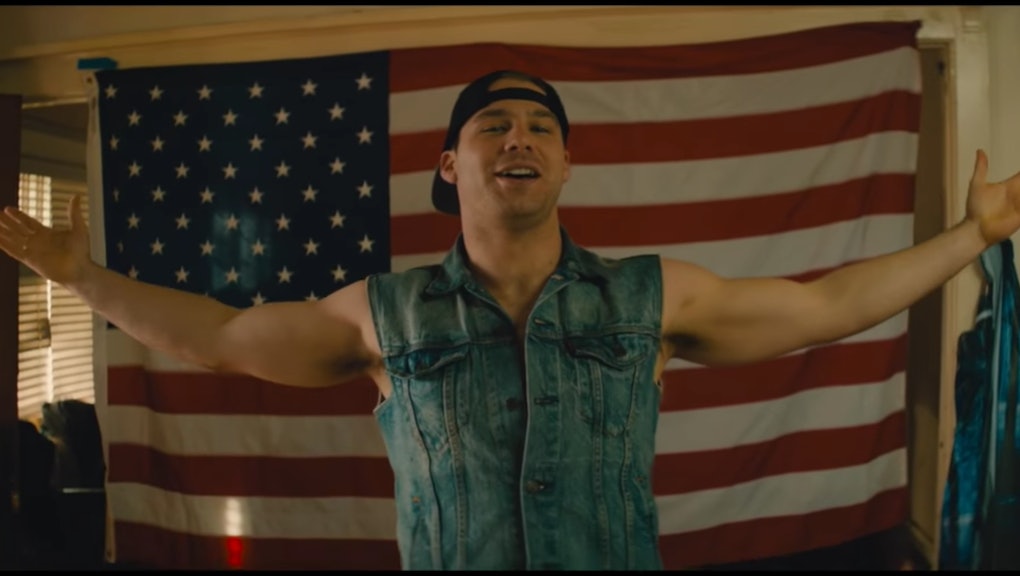 A lot of things probably come to mind when you think about the word "masculinity." Maybe crushing a beer can over your head and hazing rituals. Maybe Sunday night football and grilled meat. Or, maybe, "toxic" and "homophobic."

In the short film American Male, which won MTV's Look Different creator competition, writer and director Michael Rohrbaugh explores the ways masculinity forces men to act a certain way — even when it's not who they want to be.

The film opens with a frat boy tossing ping pong balls into beer cups. When he misses the shot more than a few times, he gets angry and slams his fist against the table.

"Order beer, not wine," the film's voiceover begins. "And beef, not chicken. Never lite beer, though. And no tofu. Can't get more gay than tofu."

As he speaks about what men must do to protect their fragile masculinity — even down to what a man can and cannot eat and drink — he exchanges a lingering glance with another frat brother, just as he's explaining that tofu is gay.

"Steer clear of the arts, unless you live on the coasts," the voiceover says. "That means no theater, dancing, painting, poetry or prose. Too much reading is also risky, because it makes you look soft and bookish."

As the character says these things, he mixes up a protein drink, injects what the viewer assumes to be steroids into his thigh and lets out a roar.

The frat boy then begins to tell the story of his childhood and how he had to learn masculinity from those around him so that he didn't appear feminine. Between his fear of appearing feminine and the shared glances between him and another frat boy, it's clear he may be trying to hide that he is gay.

"Women gesture more when they speak," he says. "They call this a 'limp wrist.' When I was younger, I used to gesture a lot. So I learned to keep my hands in my pockets."

Toward the end of the video, he causes serious harm to a new pledge who is going through a hazing ritual. He beats him with a paddle, and the other fraternity brothers have to stop him. As the brothers pull him away from further harming the recruit, the frat boy yells "Faggot!" over and over.

As they stop him from seriously injuring a young college student, the voiceover talks about how he's learned masculinity:

"In order to survive, a chameleon will change color to blend in with its surroundings. At a young age, I began to closely observe the people around me. The way they talked, the way they walked. What they said, where it got them. Now, I am no longer a person, but a set of social cues."

He finishes, "Not a person, but a path of least resistance."

You can watch the entire film below.