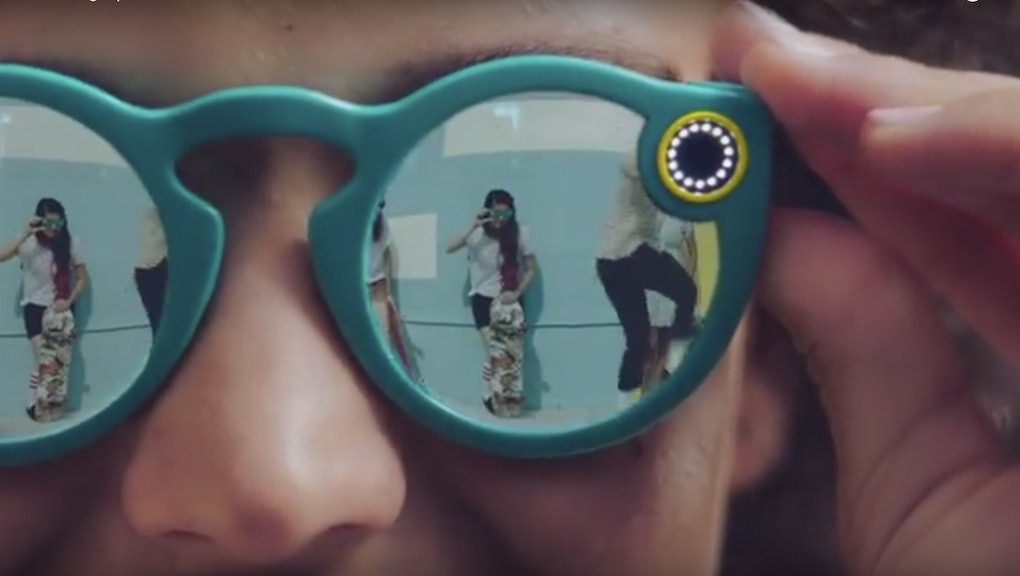 Snapchat is now just Snap, and it's selling "Snap Spectacles" that will record your life

That's the name the media company has chosen for itself ahead of unveiling its first tangible Snapchat-adjacent product: a new piece of wearable hardware that will let users record their lives from a first-person vantage point, called Snap Spectacles.

The news was first reported by the Wall Street Journal, which scooped the story during a private preview hosted by Snap Inc. CEO Evan Spiegel.

The Specs will come in three different colors: black, teal or coral. They will work exactly like the futuristic gadget you've probably daydreamed about a hundred times already: Slip on a pair of one-size-fits-all sunglasses, tap a button on the side, and instantly record up to 10 seconds of your life in real time.

Here's how Spiegel described his first time trying the product (during a hike with his fiancée, supermodel Miranda Kerr) to the Wall Street Journal:

It was our first vacation, and we went to Big Sur for a day or two. We were walking through the woods, stepping over logs, looking up at the beautiful trees. And when I got the footage back and watched it, I could see my own memory, through my own eyes—it was unbelievable. It's one thing to see images of an experience you had, but it's another thing to have an experience of the experience. It was the closest I'd ever come to feeling like I was there again.

The Specs will be available for purchase later this fall and retail at $130.