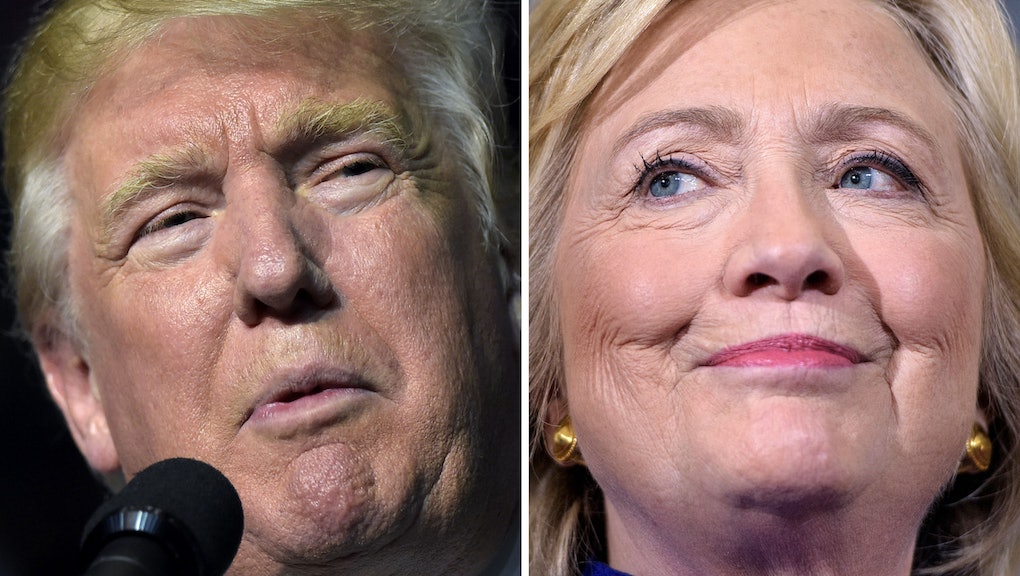 Just hours before Donald Trump and Hillary Clinton hit the stage for the first presidential debate, the candidates appear to be in a statistical tie in the two very important swing states of Colorado and Pennsylvania, according to the latest CNN/ORC poll.

Trump is holding 42% to Clinton's 41% in Colorado among likely voters. The poll has a 3.5 margin of error, which means the Trump and Clinton are in a virtual dead heat. Libertarian Gary Johnson is at 13%, with Green Party pick Jill Stein polling at just 3%, according to the poll.

When Johnson and Stein are taken out of the polls, however, Clinton leads Trump in both states: 50% to 47% in Pennsylvania and 49% to 47% in Colorado, according to the CNN/ORC poll.

While the election appears to be close, Nate Silver's FiveThirtyEight blog indicates that Trump has just a 42.2% chance of winning the presidency, compared to Clinton's 57.8%.