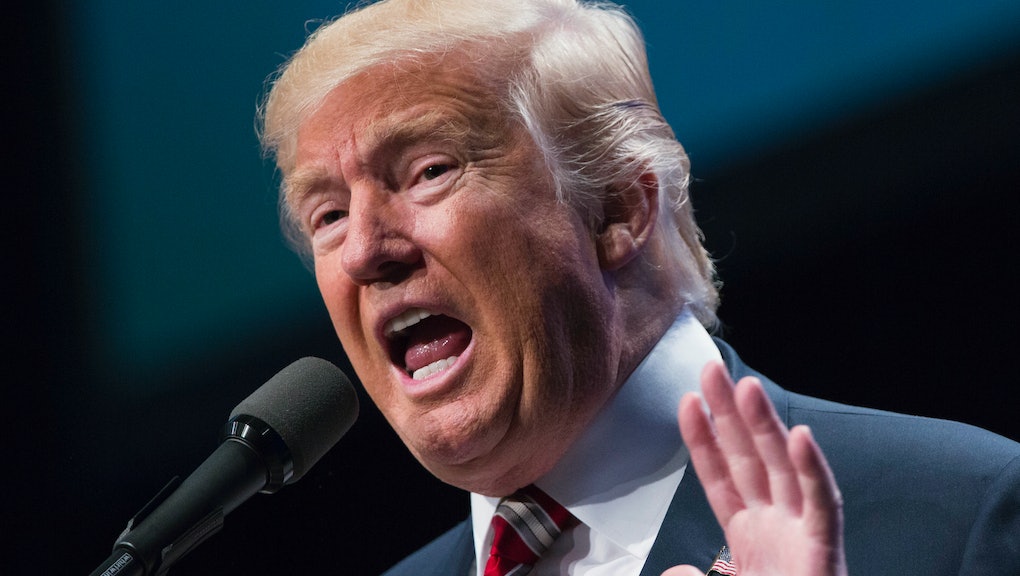 At today's presidential debate, Trump could follow one of two strategies. He could try to tell the truth and explain policies that actually make sense, or he could forget about appearing "presidential" and stick with what he's done before: spout conspiracy theories, yell vague, jingoistic platitudes and lay into Clinton with ad hominem attacks.

It's a surprisingly sophisticated move for Trump's social media team, best known for tweeting anti-Semitic memes and racist lies that circulate on white supremacist forums. The Snapchat geofilter isn't a Star of David — er, sorry, a "sheriff's star" — coupled with the phrase "Most Corrupt Candidate Ever," but the insult is the same.

Young people on social media responded to the filter with a mix of scorn and surprise.

Of course, Clinton has ribbed Trump on Snapchat as well, buying regional filters during the Republican National Convention that quoted an earlier Trump endorsement of Clinton. The Verge points out that this is the first time a political campaign has purchased a national sponsored filter.

Time notes that the Trump campaign is expected to change the filter for tonight's debate, removing the attack on Clinton.

How much did this filter cost the Trump camp? Sponsored geofilters and lenses can run up to $500,000 on a weekday, according to Ad Age and BuzzFeed. Small price to pay for that sweet millennial engagement.