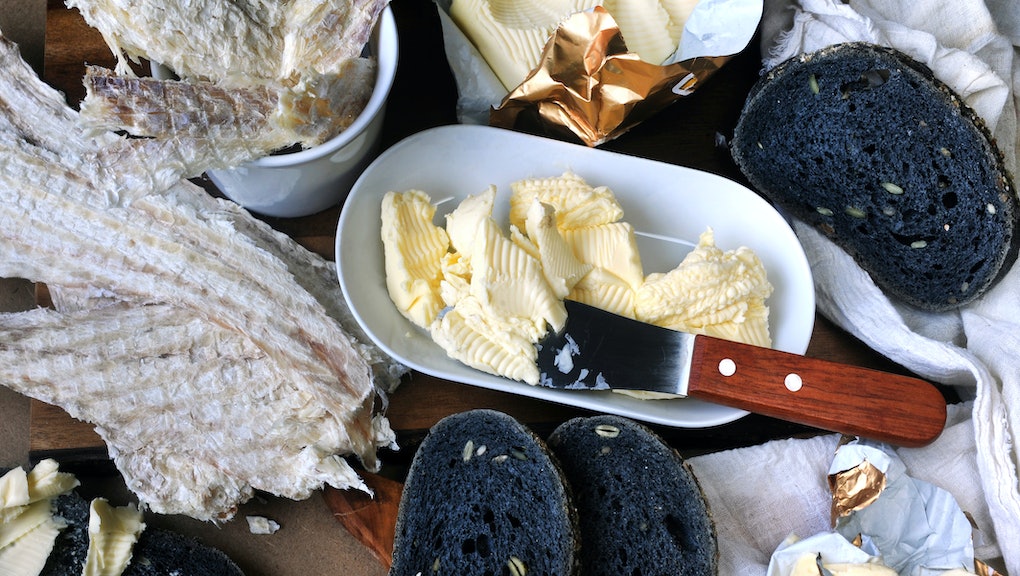 Why you should be eating an Icelandic breakfast

Americans might want to swap their typical breakfasts of toast, cereal and pancakes for swigs of fish oil and thick-cooked oatmeal.

A new comprehensive study by the United Nation's Sustainable Development Goals division reveals that Iceland ranks at the top of the list of healthiest countries in the world, Bloomberg reported.  The United States, on the other hand, came in 28th out of the 188 nations.

Iceland's traditional breakfasts and breakfast traditions are the epitome of health.

Because of its short growing season, Iceland doesn't yield a ton of fresh produce. But its dairy and seafood industries are thriving, and this is seriously represented in the country's typical breakfast, which is hearty and filling by all accounts.

But it's not just the actual food that separates Icelandic breakfasts from America's; the eating customs are different, too. Nearly 43% of Americans tend to eat breakfast on the go, when pressed for time, a 2015 poll revealed. Most Icelanders eat breakfast at home.

Icelanders don't even have the option of grabbing a sausage McGriddle on the fly. Iceland is home to exactly zero McDonald's, while there are nearly 16,000 McDonald's locations in America. The last McDonald's in Iceland was shut down in 2009, NPR noted.

What Icelanders eat for breakfast

Hearty is the name of the game when it comes to breakfast: One of the items most central to an Icelandic breakfast is hafragrautur, or oatmeal, according to Serious Eats. To make the dish, oats are simply cooked with water or milk in a pot. The oatmeal gets topped with a bit of brown sugar, some raisins or even a pat of butter.

Icelanders are big fans of dairy for their first meal of the day. Another popular breakfast is skyr, which is the protein-packed yogurt-cheese that is beloved by the nation (think Greek yogurt, but Icelandic). Some people even mix skyr into their hafragrautur, Serious Eats added.

Perhaps the most unique pillar of Icelandic breakfasts is lysi, or cod-liver oil, the New York Times reported. Taking a shot of the stuff is so popular that many preschools and daycare centers hand out cod-liver oil as part of a daily routine, the Times added.

While a strawberry-frosted donut will have you crashing before lunch, Icelandic breakfast staples are naturally satiating and healthful. Oatmeal is high in fiber, meaning it keeps people fuller, longer, SF Gate noted. The dish can also help lower a person's cholesterol, the paper added.

Like Greek yogurt, skyr is loaded with protein and calcium, Men's Fitness noted. It also contains probiotics, which may help improve gut health.

And while chasing breakfast with a shot of cod-liver oil might sound unpalatable to some, the supplement is considered crucial in Iceland. The country faces many months each year with little sunlight, making it hard for residents to get enough vitamin D. Shots of the fish oil — a source that's high in the vitamin — are gulped down with breakfast from a young age to supplement the lack of bright light.

Of course, Iceland's position at the top of the UN's list is not solely based on its breakfast preferences. The study also credits Iceland for its strong anti-tobacco policies and its successful, publicly funded health-care system, Bloomberg noted.

Unfortunately, the U.S. has a lot of catching up to do to get to the top of the list — what better way to start than with breakfast?