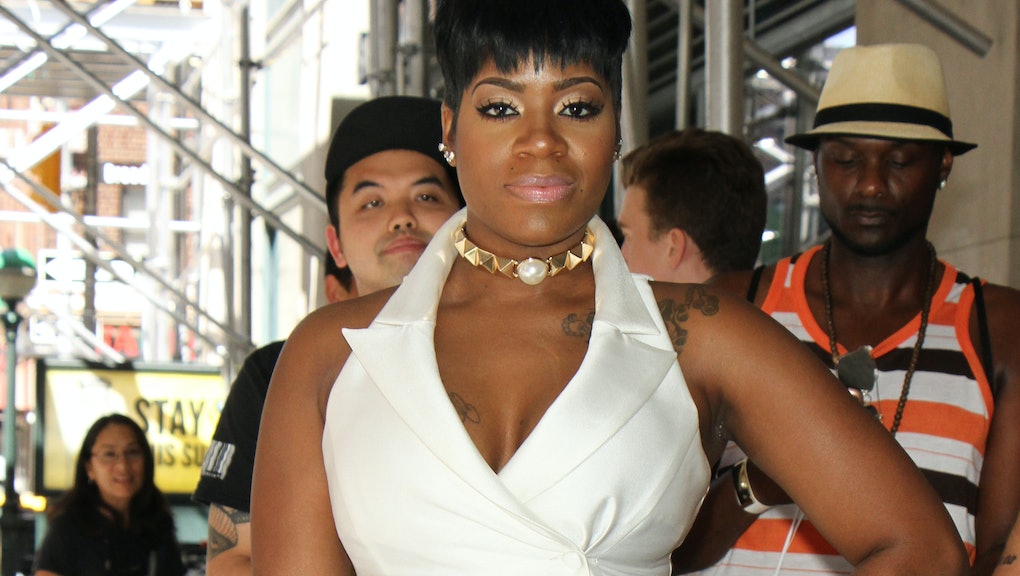 The proverbial show, it turns out, does not have to go on.

Singers Fantasia and Anthony Hamilton were scheduled to appear Sunday at an "all lives matter"-themed concert in Charlotte, North Carolina, but didn't take the stage as planned.

According to statements shared on social media, the show was cancelled because of ongoing protests in its host city, which stemmed from the police-involved shooting of Keith Lamont Scott, a black man.

Fantasia said in a Facebook Live video with her husband, Kendall Taylor, that the show will take place this coming weekend instead.

They did not back down from saying "all lives matter," either — a statement that has since sparked criticism about the planned concert and its performers.

"Black lives matter because all lives matter," Taylor said. "When we were out here fighting for our civil rights ... it took people like [John F.] Kennedy, it took people sitting in position at the gate to help us push this agenda, because we're not the ones sitting at the gates of change."

"Two thousand years ago, Jesus ended the debate on whose lives matter," she said. "He died for all of us."

She added that "black lives matter, yes they do. All lives matter. Our grandson is biracial, my nieces and nephews are biracial. Do their lives not matter?"

Like other celebrities who have said "all lives matter" — looking at you, Jerry Rice — people are not happy with Fantasia.

"This is some bullshit and you simple folks out there commending their bond as husband and wife despite this all lives matter nonsense," one commenter wrote. "Black Lives Matter. Point blank period."

The phrase "all lives matter" — which is often given as a retort to the term "black lives matter" and its ancillary protests — has frequently been exposed as a means of deflecting the issues pro-black activists are combating of late, such as racist police violence.

People who insist on using the term often understand "Black Lives Matter" as exclusionary — as if saying so implies that other lives necessarily do not matter.

Meanwhile, unlike Fantasia, Anthony Hamilton distanced himself from the concert's "All Lives Matter" theme in a statement on Twitter, saying he was not aware of the title and did not endorse it.

"Unfortunately, there was a flyer put out, with my name on it, that I didn't approve," Hamilton said in his address to the camera. Hamilton suggested those who want to know his views on Black Lives Matter read an article he recently published on the Root.

"I'm a father of six black males," he added. "So black lives do matter and I approve this message."