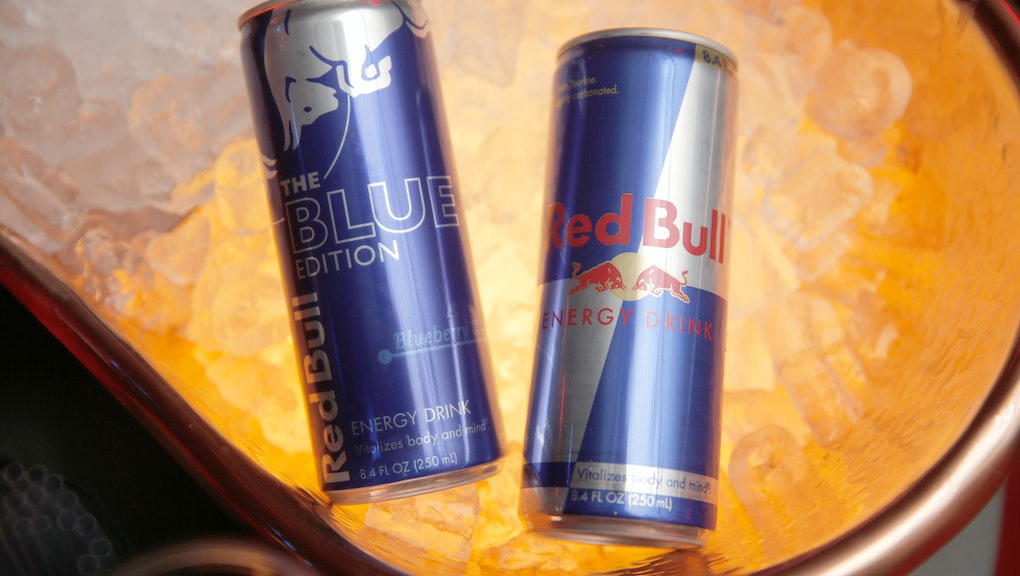 Do energy drinks really work? Here's what goes on in your body when you guzzle.

If only there was a quick solution to reviving your mind and body after a long night of partying, reading or whatever you've lost sleep on.

Oh wait — there is! Well, at least there's a product that wants to convince us it's capable of doing so. There's a lot of different energy drinks out there — though most of them similarly taste like the liquid seeping out of a week-old garbage bag. These horrendously flavored, caffeine-loaded products may promise instant energy, but are they all they're cracked up to be?

While "energy drink" is a broad category, and many of them are made up of their own unique combinations of ingredients for differing taste and effectiveness, the general formula is pretty much the same across most brands. "The vast majority [of energy drinks] use caffeine as the base," Dr. Robert Korn of GoHealth Urgent Care said in an email. "Caffeine, when taken in moderate amounts, such as several cups of coffee in a day, is a proven stimulant and alertness drug."

A legal alertness drug? Perfection. Well, not quite. "In excessive doses, caffeine in any form can cause jitteriness, palpitations and sometimes more serious symptoms," Korn explained. While a standard 12-oz cappuccino has about 154 mg of caffeine, Rockstar iced energy drink has 250 mg in a 16-oz serving and Red Bull has about 80 mg per 8-oz serving.

Though the caffeine content in energy drinks may rival your favorite coffee creation, know that whatever's in that can is not straight caffeine. "Most of the non-caffeine additives in energy drinks are of dubious value," Korn said. "Most are vitamins, which often cannot be absorbed in excess amounts, or other substances, like amino acids or plant-derived chemicals of unproven benefits."

If that's not enough to make you slow down your energy-drink-chugging routine, Korn also noted that "in some cases, these additives may be dangerous [especially] if one were to drink multiple energy drinks at once." One study found that niacin, an ingredient in energy drinks, may cause hepatitis.

Instead, Korn advises "a good cup of Joe." If a morning coffee isn't enough to keep you awake all day — and your workplace doesn't allow afternoon naps — Korn noted that it's also totally fine to have "a second or third during the day to stay on top of your game."

In short, Dr. Korn has some financial advice: Skip the energy drink and go for the coffee, because everything else is money you could be spending on your next great idea. In-office nap pods, perhaps?