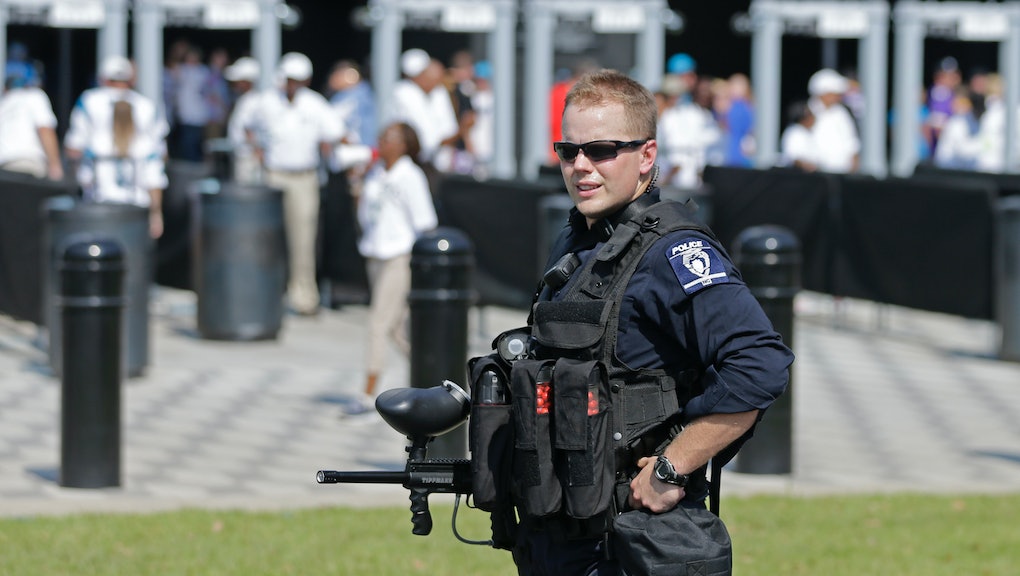 How many police shootings happened in 2016? Here are the alarming statistics.

Tensions remain high over recent police killings of black men in Tulsa, Oklahoma, and Charlotte, North Carolina, the latest in a long history of such police killings across the country.

Thanks in part to the federated system of policing in the U.S., under which states control their own police forces with a high degree of sovereignty, the U.S. Department of Justice and agencies under it such as the FBI do not collect comprehensive nation-wide statistics on the number of people state and local law enforcement officers shoot or kill each year. While FBI, Centers for Disease Control and Bureau of Justice Statistics databases do exist, they vary significantly in their accounting. A Wall Street Journal investigation of the FBI's statistics, for example — which rely upon voluntary reporting by various police agencies — found their data significantly undercounts the number of officer-involved deaths which occur each year.

However, independent watchdogs that compile data from media reports of officer-involved homicides do exist. According to one such watchdorg, Killed By Police, at least 852 police killings (including incidents such as deaths during arrest) have been reported this year thus far across the U.S. For comparison: In 2015, the site recorded 1,207 deaths.

Another database, kept by the Washington Post and limited exclusively to incidents in which officers killed people with firearms, confirmed a total 708 shootings that resulted in death in 2016 to date.

No comparable database exists for the number of times officers discharged their weapons and either injured people or failed to hit anyone.

The U.S. is a unique outlier in police killings; as the Guardian noted last year, police in the U.S. kill more people in mere days than other countries including Germany, Canada and Australia do in entire years.

According to an analysis by Governing, officer-involved homicides are highest in the Southeastern U.S.; after states with less than a few thousand police were excluded from the data, "Alabama, Mississippi, Oklahoma, Georgia, Arkansas and Louisiana were found to have the most police deaths given their number of officers."

But the problem is nationwide, with high rates of killings in places as disparate as California, New York and parts of the American West. A disproportionate number of the deceased are black people. Officers are rarely held accountable for shootings on the job, with one Bowling Green State University analysis in 2014 finding only 41 indictments of officers nationwide over a 7-year period.