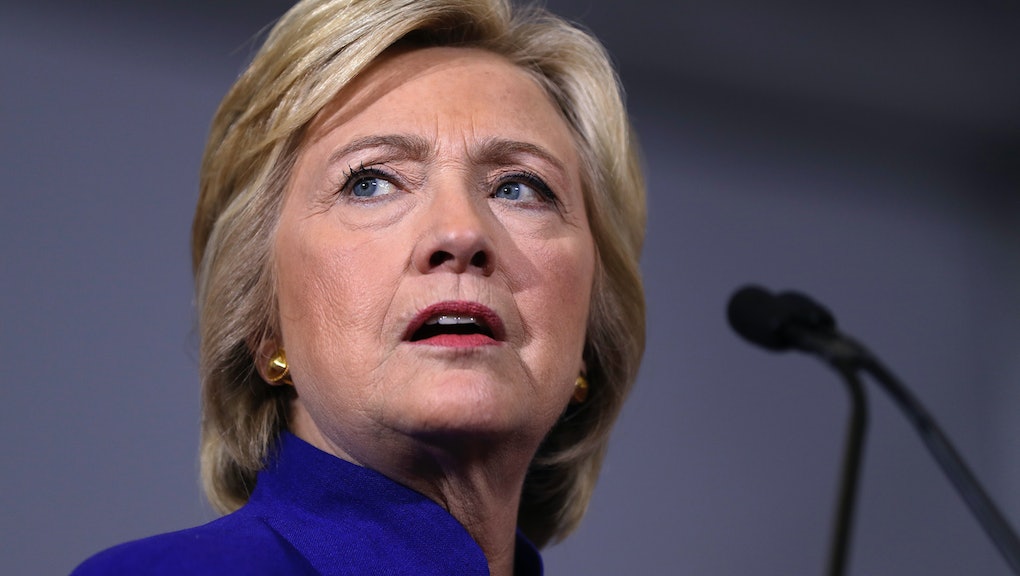 Here's how Hillary Clinton can win the first 2016 presidential debate

HEMPSTEAD, N.Y. — As the first presidential debate of the general election gets underway soon here at Hofstra University, Hillary Clinton is under enormous pressure to bury Donald Trump and turn around sagging poll numbers with just weeks until Election Day.

Fair or not, the expectations for Clinton's performance are high and virtually nonexistent for Trump. Clinton has a deep understanding with intricate matters of public policy. Trump can't be bothered to read a briefing book. Clinton delivered impressive performances in the primary debates against her Democratic rivals. Trump virtually disappeared whenever the Republican debates turned to matters of policy. Clinton is comfortable in one-on-one debates. Trump has never participated in one.

Still, for all the supposed advantages Clinton might have over Trump, she still must walk a fine line between challenging him head-on and being dismissive of the concerns of the millions of voters who support him.

The face-off at Hofstra is set to be one of the most-watched events in television history, and the most high-pressure political event of Clinton's long life in the public eye. In order to emerge victorious on Monday night, Clinton must be nimble in parrying with an unpredictable opponent who is unlike anyone she has squared off against in the past.

Here's what Clinton needs to do to come out of the first presidential debate victorious:

Be substantive without being condescending

Clinton's reputation as a policy wonk is legendary. There are few public figures who understand the complexities of the full range of domestic and international issues a president must grapple with everyday. Her time as first lady, senator and secretary of state makes her one of the most experienced nominees in American history.

But, as Al Gore learned in his disastrous first debate in 2000 against then-Gov. George W. Bush, being smarter than your opponent can cost you. Gore possessed a similar comfort with matters of public policy, but was so dismissive of Bush's positions that Gore's sighs and reactions to Bush's answers that the then-vice president came across as condescending and dismissive.

To avoid a similar fate, Clinton must be substantive without being pulled too deeply into the weeds. If the audience at home doesn't know what she's talking about, it doesn't matter if Trump does or not.

Call out Trump's lies, especially if the moderator doesn't

Trump's relationship with the truth is the Brangelina of the 2016 campaign. He lies repeatedly and unabashedly, and there is no evidence he'll reconcile with reality at Hofstra.

How moderator Lester Holt of NBC News will deal with Trump's dissembling has been the subject of the Great Factchecking War of 2016. Clinton forces and many in the media have implored Holt to call out Trump if and when he is untruthful, while some former moderators and Trump allies have warned Holt against putting his thumb on the scale.

If Holt is more hands-off, it will fall to Clinton to challenge Trump on his facts. She should do so quickly and succinctly before pivoting to make her points on the question at hand. The main pitfall she must avoid is allowing the debate to devolve into a back and forth over a factual point, which would allow Trump to muddy the waters and leave viewers at home scratching their heads over who is telling the truth.

Make Trump lose his temper, and don't allow him to be presidential

Clinton famously said of Trump that "a man you can bait with a tweet is not a man we can trust with nuclear weapons." Look for her to set traps for Trump on-stage at Hofstra with the hope of provoking him to lose his cool.

Trump's unscripted style is part of his appeal, but to general election voters, his temperament and judgment is a real concern. If Clinton can lure him into a situation where he shoots his mouth off, all the better for her.

Voters watching at home who are skeptical of Clinton but unsure of Trump will be watching to get a sense of whether they can see Trump making decisions in the Oval Office. Clinton must take every opportunity to present that possibility as unacceptable.

Clinton has an opportunity to cut into Trump's strong support with white working class voters, many of whom see the real estate magnate as their champion. Expect Clinton to hammer Trump on his long history of not paying his workers, scamming students at Trump University and using his own foundation to pay his business' legal expenses.

Clinton lags far behind Trump with these voters. If she can depict Trump as phony and unacceptable, she should be able to peel off some of that support and improve her standing in states like Ohio and Pennsylvania, where they make up a large share of the electorate.

Don't try too hard to be funny

Canned one-liners usually fall like lead balloons in presidential debates. Clinton's attempts at humor have often come across as inauthentic and stale, and she would do well to avoid the kind of quips that make viewers roll their eyes. She should instead trust her instincts when battling Trump and crack a joke only when it comes naturally.