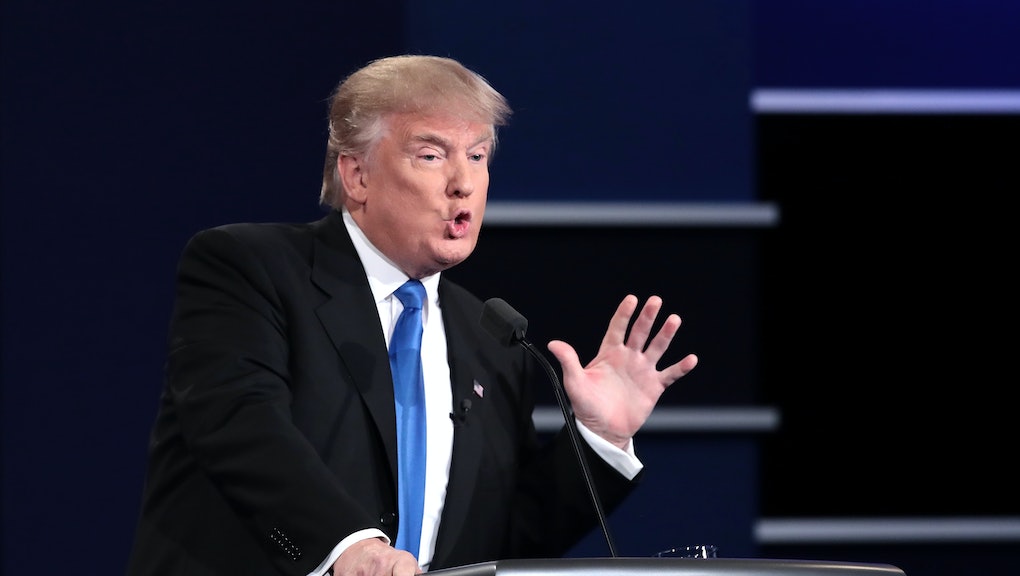 At the first presidential debate between Republican nominee Donald Trump and Democratic nominee Hillary Clinton, Trump interrupted Clinton after she mentioned the real estate billionaire had characterized climate change as a hoax perpetrated by the Chinese government.

"Donald thinks that climate change is a hoax perpetrated by the Chinese," Clinton said. "I think it's real."

But in 2012, Trump did, in fact, perpetuate such a notion when he tweeted, "The concept of global warming was created by and for the Chinese in order to make U.S. manufacturing non-competitive."

While Trump has since characterized the tweet as a joke, according to PolitiFact, he's stood by the substance of it, insisting the Chinese promote the notion of climate change because it benefits their economy.

"Well, I think the climate change is just a very, very expensive form of tax," Trump said on Fox & Friends in January. "A lot of people are making a lot of money. I know much about climate change. I'd be — received environmental awards. And I often joke that this is done for the benefit of China. Obviously, I joke."

"But this is done for the benefit of China, because China does not do anything to help climate change," he continued, according to PolitiFact. "They burn everything you could burn; they couldn't care less. They have very — you know, their standards are nothing. But they — in the meantime, they can undercut us on price. So it's very hard on our business."

In 2014, Trump insisted that the planet is actually freezing and suggested the scientists studying the phenomena are "stuck in ice."

As recently as December, according to USA Today, Trump told an audience in South Carolina that climate change is "a hoax, a lot of it."

Scientists have all but reached a consensus that the planet is warming, largely blaming human-caused greenhouse gas emissions. They have also identified a number of potentially disastrous effects of climate change, including rising sea levels, increased incidents of extreme weather and mass extinctions.