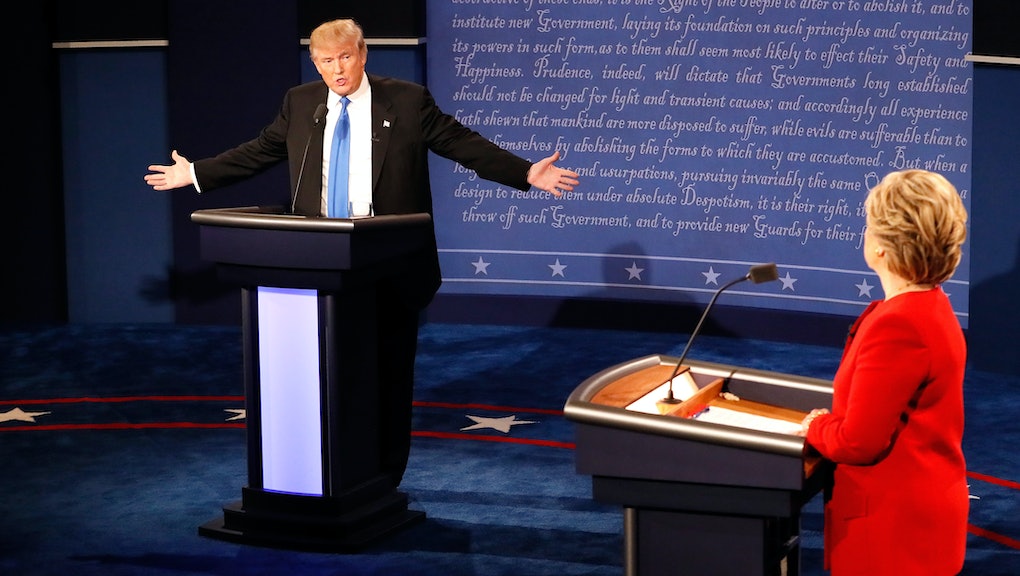 Donald Trump admits the real reason he gave up on birtherism

During the first presidential debate between Republican nominee Donald Trump and Democratic nominee Hillary Clinton on Monday night, moderator and NBC Nightly News anchor Lester Holt called Trump out for his years-long campaign to discredit President Barack Obama by suggesting Obama was born outside the country and thus ineligible to serve as president.

Trump initially tried to pin the origin of the rumors on Clinton's 2008 campaign, a claim not backed by the evidence. But when cornered by Holt as to what made him change his mind in the past year, Trump came clean: He dropped the topic, he said, because people were no longer paying attention.

"I just want to get answer here if the birth certificate was produced in 2011," the moderator said. "You continued to tell the story and question the president's legitimacy in 2012, 2013, 2014, 2015, as recently as January. So the question is, what changed your mind?"

"Well, nobody was pressing it," Trump responded. "Nobody was caring much about it. I figured you'd ask that question tonight, but I was the one that got them to produce the birth certificate, and I think I did a good job."

But Trump has subsequently found other ways to exploit the so-called birther movement. In a speech earlier this month, the candidate took credit for squashing the rumors he himself perpetuated, giving a speech in which he disavowed conspiracy theories about the president's true citizenship.

"Hillary Clinton and her campaign of 2008 started the 'birther' controversy," Trump said. "I finished it. I finished it. You know what I mean."