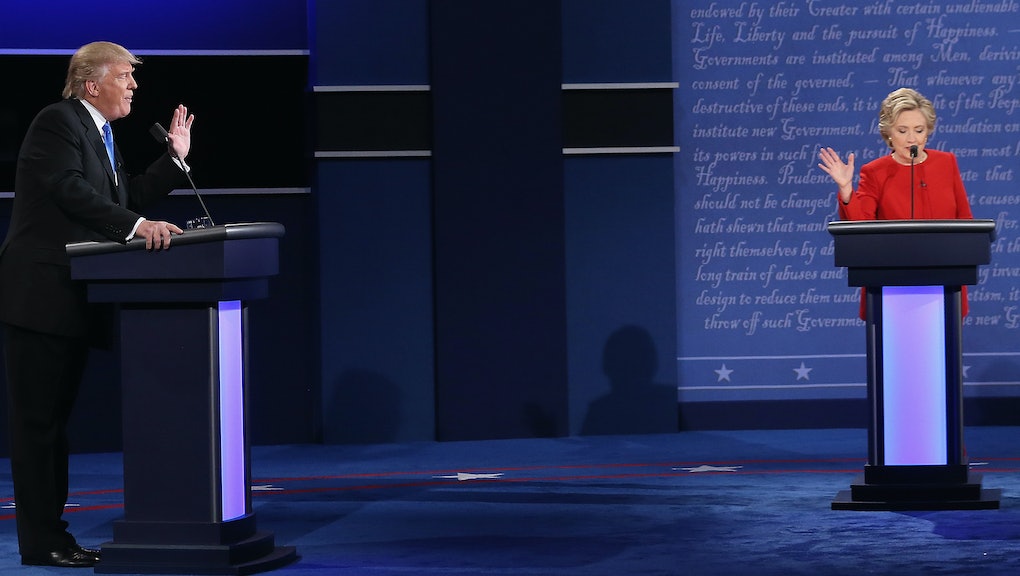 Who won the presidential debate? Twitter weighs in on the Trump vs. Clinton showdown.

Overall, the general feeling on Twitter was that Clinton came out on top by keeping her composure as her opponent bent the truth on things like his support for the Iraq war and past remarks on climate change, and hurled sexist remarks Clinton's way.

Clinton went after Trump for not releasing his tax returns. Trump hit back by saying he will release his returns when Clinton releases her deleted emails. They battled further over race relations, foreign policy and policing. Trump defended his pursuit of Barack Obama's birth certificate.

But a series of aggressive stances and wandering answers hurt Trump, and some on Twitter said Clinton appeared to handle the tension with more poise.

Even Trump's most loyal supporters did not claim a victory for him. Early in the debate, some of them indicated they believed Trump was winning. But as the debate progressed, they largely stayed quiet or fell back on popular anti-Clinton narratives.

How the debate affected the views of voters will not be known for at least a few days. Post-debate poll results could be released as early as the end of the week.