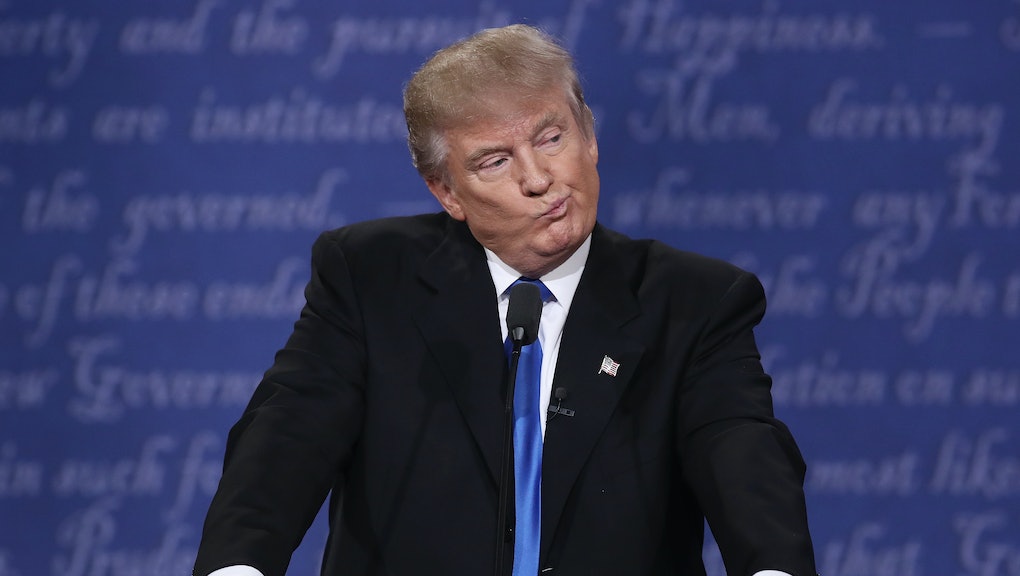 After the first presidential debate Monday evening, it would appear that Republican presidential nominee Donald Trump has very little clue what to do when it comes to the cybersecurity of the United States.

While Democratic nominee Hillary Clinton suggested Russia was one of the main culprits behind the Democratic National Committee hack, Trump had his own take on the situation:

Yes, Trump used a common internet trope to help describe his thoughts on cybersecurity. Of course, Twitter was quick to react to Trump's statement that the hacker was an overweight person sitting on their bed.

Trump went on to invoke the knowledge of his 10-year-old son. "He has computers. He is so good with these computers. It's unbelievable," Trump said of his son, Baron. "The security aspect of cyber is very tough and maybe it's hardly doable."

Indeed, Trump is so ignorant on issues of cybersecurity, he is willing to appeal to almost anyone for help. In July, Trump called on Russia to hack into the U.S. government to recover Clinton's "30,000 emails that are still missing."