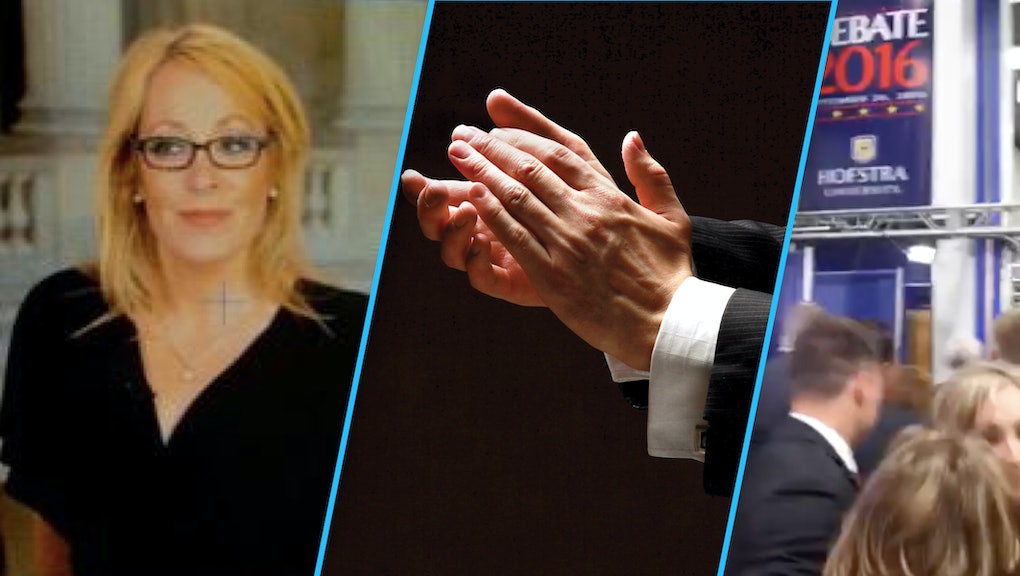 Reporter Kimberly Halkett's "thanks a lot, bitch" Vine was the debate's most viral moment

The first presidential debate brought out the best in all of us Monday night. Before it even began, hopes and spirits and tensions were running high, as evidenced by this video of a reporter who snapped at a pushy woman when said woman got in the way of a prospective interview.

"Thanks a lot, bitch," the reporter — who, according to BuzzFeed, is Al Jazeera journalist Kimberly Halkett — hurled at a woman who jostled her (or was jostled into her), earning her a scolding from a male stranger. Rude.

But instead of echoing the man's rebuke of Halkett, many internet observers celebrated her reaction, some even suggesting it was emblematic of the election season thus far. "Thanks a lot, bitch" quickly went viral, setting an appropriate tone for an aggravating debate.

Halkett was not immediately available for comment on what it's like to become a viral sensation overnight, but a tweet from the event suggests an explanation for her off-the-cuff remark: Palpable anticipation (apprehension?) put everyone on edge. Probably.