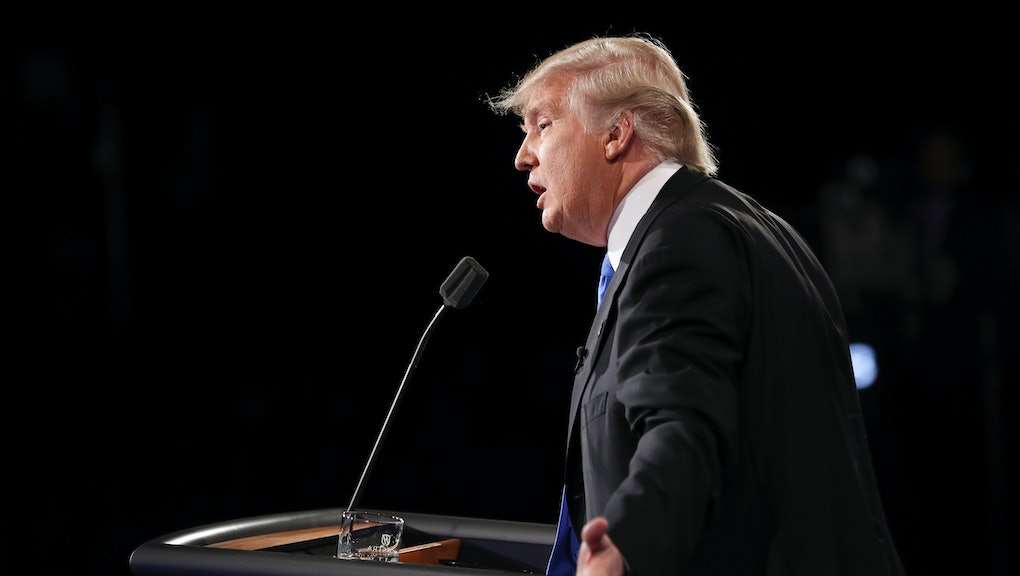 As Donald Trump told debate viewers Monday that he would bring "law and order" to the country, the Republican painted a picture of severe urban crime in large cities. He spoke of "thousands" of people killed in Chicago and said use of the controversial stop-and-frisk policing tactic in New York City was successful.

Were Trump's pronouncements about crime in cities correct? The answer comes in several parts.

Trump not only claimed stop-and-frisk is a constitutional policing tactic at Monday night's first presidential debate, he told viewers ceasing use of stop and frisk in New York City had led to an increase in crime in the nation's largest city.

But both statements are false.

Stop and frisk was a tactic used by New York police from 1999 until 2013, when it was ruled unconstitutional by a federal judge. Under the policy, police officers could stop citizens on "suspicion of criminal activity." But the judge ruled state and frisk was not only ineffective in lowering crime rates. It was also a form of racial profiling, the judge wrote.

Since New York stopped stop and risk, homicides have decreased. In the first quarter of 2016, the city saw its fewest shooting and murders in its history.

The Windy City has a horrific violent crime problem. Last week, Trump called for an expansion of stop and frisk across the country. He later clarified his statement, saying that he only believed Chicago needs a stop-and-frisk policy. The city's police largely did away with the tactic after a crackdown from the state. And statistics do not support the use of this unconstitutional policing tactic — even in Chicago.

August was the deadliest month in Chicago in two decades. There were at least 78 homicides and more than 400 people were shot that month. But while the city's violent crime rate has remained stubbornly high for several years, it is actually on a downward trend. While Trump did say during the debate that 4,000 people in Chicago have been killed while President Barack Obama has been in office, which is actually a relative improvement.

No one believes the homicide rate in Chicago is not problematic. But no evidence suggests stop and frisk should be the solution. Seventy-two percent of the Chicagoans stopped during Chicago's use of stop and frisk were black, according to the American Civil Liberties Union. That led to passage of a state law that made stop and frisk more difficult to justify.

Earlier this year, even the Chicago police said they do not believe drastically cutting the number of stops in early 2016 led to an increase in violent crime.