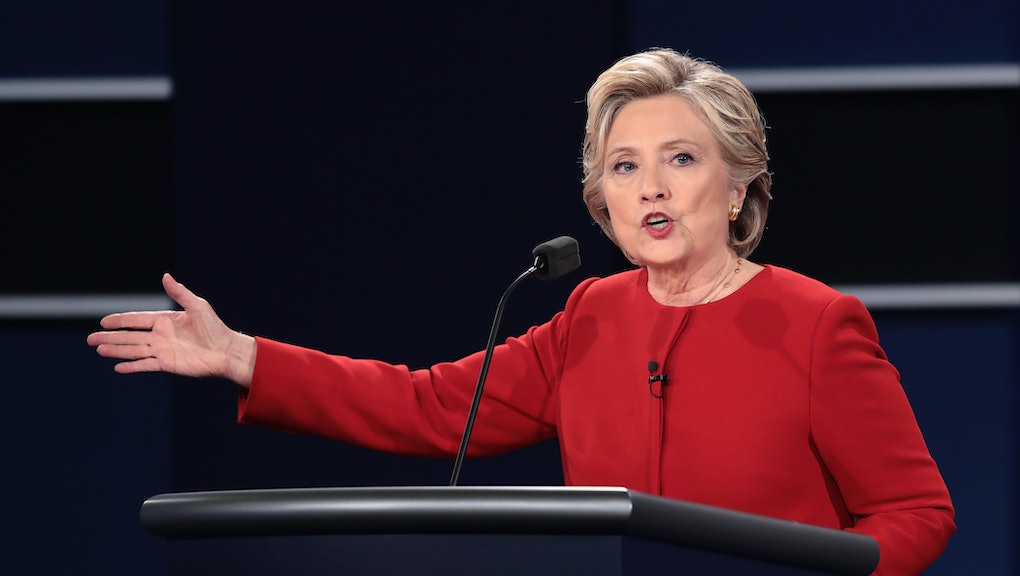 Clinton brought mental health into the police reform debate, and it can't be ignored

On Monday night, Hillary Clinton brought one of the most under-discussed issues in police reform into her debate with Donald Trump. It wasn't stop and frisk, it wasn't militarization and it wasn't gun safety.

It was mental health. Clinton claimed that police chiefs she spoke with were bringing up mental health as an issue contributing to police violence.

"Mental health is one of the biggest concerns because now police are having to handle a lot of really difficult mental health problems on the street," Clinton said.

Across the country, there is an undiagnosed epidemic of post-traumatic stress disorder in the police force, and it's likely a contributing factor to police violence. An estimated 216,000 officers deal with some form of PTSD from the everyday realities of their job. Meanwhile, nearly ever major police reform platform leaves the PTSD crisis totally unmentioned.

Last week, Mic took an in-depth look at the way police culture and a lack of treatment discourage officers from seeking treatment. "When you look at police officers who are hypervigilant, constantly on-edge and exhausted by adrenaline, it's a prescription for disaster," police PTSD researcher Allen Kates said.

The dangerous consequences of PTSD: Mental health isn't just a problem officers deal with personally. It's something police deal with in their most tense, potentially violent encounters.

Police officers are often the front-line emergency responders for those having a mental health crisis, putting officers in potentially violent situations they haven't been explicitly trained to deal with. A Washington Post investigation found that in the first six months of 2015, a quarter of the 462 people shot to death by police were in the throes of a mental health or emotional crisis.

The Clinton campaign proposed addressing this side of the problem in its "Comprehensive Mental Health Policy Agenda":

She will also increase investments in local programs such as specialized courts, drug courts, and veterans' treatment courts, which send people to treatment and rehab instead of the criminal justice system, and direct the Attorney General to issue guidance to federal prosecutors, instructing them to prioritize treatment over incarceration for low-level, non-violent offenders.

It's unclear if Clinton is talking about police dealing with mental health crises among themselves, or the people the police are meant to protect and serve. We're going to rely on police to deal with both sides of the issue in order to reduce police violence.