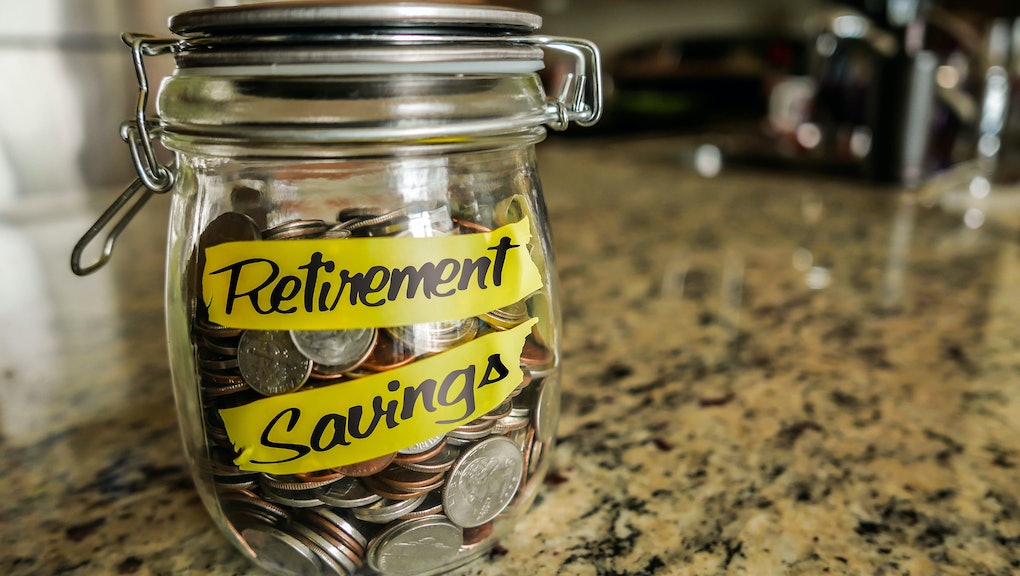 Ugh. Even if you're saving for retirement, it's probably not enough, according to an ominous new report from NerdWallet.

For a while, studies have suggested young people are actually on the right track: As a group, U.S. millennials started stashing retirement cash at a median age six years younger than their counterparts in Generation X, and nearly a third save 10% of their annual income or more.

That 10% figure has long been considered a respectable amount, particularly if you are getting an employer match in your workplace retirement account.

In fact, in this post-Recession world, you might have to save more than twice that to end up with enough money to retire at 67, according to NerdWallet.

That's because, as the analysis found, there's a very real danger that traditional projections vastly overestimate future stock market performance and returns — on which, like it or not, your retirement portfolios depend.

To figure out how much young people should be saving, NerdWallet looked at a hypothetical 25 year old who earns the median wage for their age group — about $40,000 a year — and wants to retire at age 67 and live off of 80% of pre-retirement income. (That 80% means you'd have to cut back a little, but would otherwise enjoy a similar standard of living during retirement.)

What they found: That good old 10% savings rate figure really no longer cuts it.

In order to meet his or her goals, the hypothetical millennial would have to save about 22% of income each year — even factoring in 2% annual raises.

The difference between NerdWallet's projections and previous conventional wisdom has everything to do with declining expectations of annual stock market returns, said Arielle O'Shea, a retirement analyst at NerdWallet in a phone interview with Mic.

"When I was first starting [as a retirement analyst] I would always use an 8% return in projections," she said. "Now we use 7%, which is aggressive, even. So it's not unrealistic to think we could start using 5% returns in the future."

In other words, when you expect stocks to gain only 5% on average each year — as opposed to 7% — it means you will have to save a whole lot more money annually to make up the gap.

Lucky enough to have gotten a pay bump? Now you know exactly where that money should go.