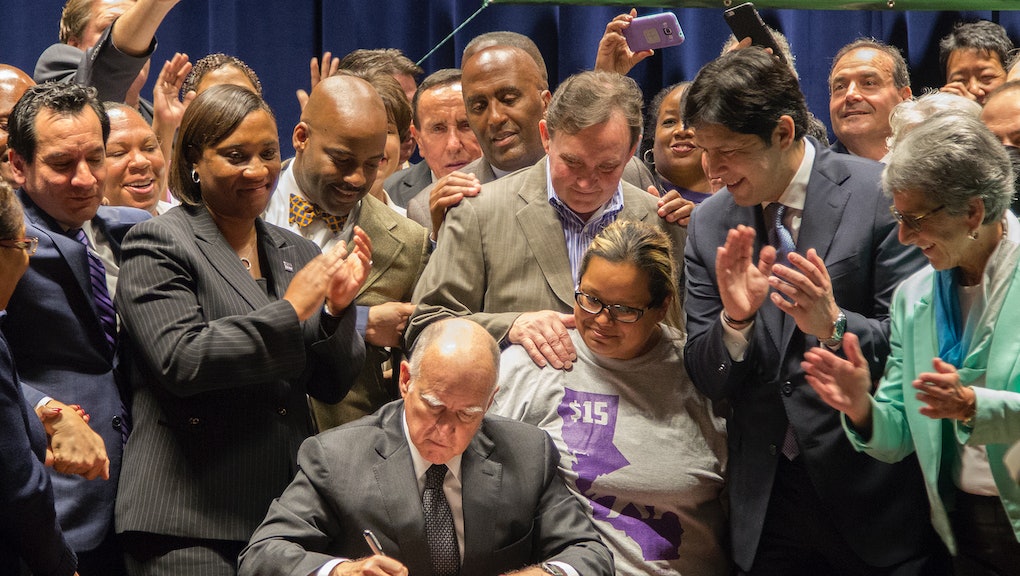 On Tuesday, California Gov. Jerry Brown vetoed a bill that would have guaranteed incarcerated people the right to be visited in person in jail.

Across the country, in-person visitation at jails is disappearing. Local detention facilities are replacing them with video visitation, a Skype-like system that is glitchy, expensive and a heavy burden on cash-strapped families who need access to their loved ones behind bars. In some counties, families of incarcerated loved ones can pay up to $1.50 a minute for a video visit.

In California, the state Senate and Assembly both voted through a bill, SB 1157, that would have given incarcerated people guaranteed weekly in-person visits. It wouldn't do away with video visitation entirely, but would make sure counties couldn't replace in-person visits entirely with video.

"The bill had strong bipartisan support," Lynn Wu, a policy advocate at the Prison Law Office, said. "Republicans, progressive sheriffs — they all got on up on the floor to advocate for this bill."

Brown wrote in his veto statement that the bill didn't "provide adequate flexibility" and created too strict a mandate. But the governor did express reservations about video visitation replacing in-person visits.

"I am concerned about the recent trend of making jail facilities unavailable for in-person visits," Brown wrote. "This practice could have an adverse impact on achieving rehabilitative goals and might affect in a negative way the families and loved ones of those incarcerated."

Local sheriffs in California have pushed for video visitation, which cuts out the need for costly in-person visitation centers. Prison telecoms like Securus, the most popular provider of video visitation, often sweeten the deal for counties by promising "site commissions," a euphemism for kickbacks.

"When you have one-on-one personal visitation, that's how contraband can get in, that's how guns and knives can get in, a cell phone, things that we don't allow in the facility," CSSA president and Kern County Sheriff Donny Youngblood said, 23ABC reported.

Texas is the only state to pass its own law to ban video-only visitation, so incarcerated Texans have a right to a minimum of two, 20-minute in-person visits a week. A study from the Minnesota Department of Corrections reportedly showed that just a single in-person visit reduced a person's chance to commit a new felony by 13%.

Wu said one reason for Brown's veto could be to gain favor among local sheriffs for other criminal justice reform legislation.

Sen. Holly Mitchell, who initially sponsored the bill, is already circling the wagons with her co-sponsors to figure out what the next steps are. But advocates are worried that even a year's delay in passing a law protecting in-person visitation would give enough time for counties to build entirely new facilities without room for in-person visitation.

"We're incredibly disappointed and heartbroken that the governor would make a decision that prioritizes sheriffs and law enforcement over families," Zoe Willmott, program manager of the Essie Justice Group, said. "We don't have our strategy mapped out yet, but we're not giving up. This isn't over."