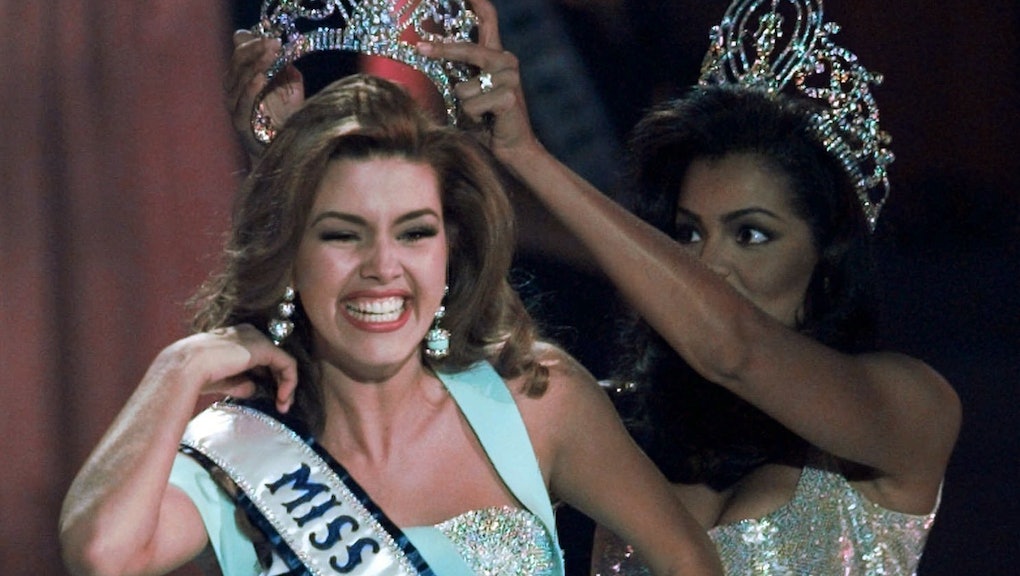 The smear campaign is likely an attempt to divert attention from Trump's mean-spirited fat shaming against Machado, which Hillary Clinton brought up during Monday night's debate.

Clinton's comments during the debate were in reference to comments Trump made about Machado after she'd gained weight following her crowning as Miss Universe in 1996. Trump, who owned the pageant, demanded Machado lose weight and arranged for her to work out in front of reporters and television cameras. Machado said that Trump would call her names like "Miss Piggy," "Miss Housekeeping" and an "eating machine."

Trump kept the story going after the debate, justifying his behavior by claiming Machado was the "worst" because she gained a "massive amount of weight."

Conservative media reported that Machado was accused of being an accomplice to a murder in 1998. However, she was never charged, and had an alibi for the time of the murder.

Post-debate polls are few and far between just two days after the showdown wrapped. So for now, it's unclear how much damage the Machado controversy will have on Trump's support.

But Democrats are pushing the narrative hard on the campaign trail.

"If a candidate makes cruel and insulting comments about women ... that's who that candidate really is," Obama said.