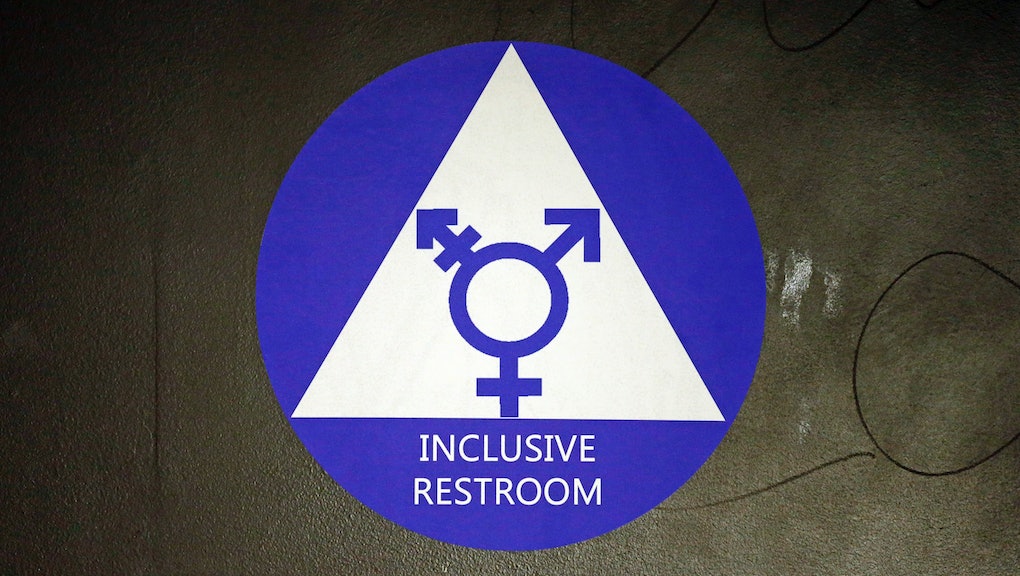 A new survey from the Pew Research Center shows roughly half of Americans believe transgender people should be allowed to use the bathroom that matches their gender identity. Most of the others disagree.

According to the survey, 51% of Americans think transgender people should be able to pick their their preferred facility, while 46% think they should use the restroom that matches the gender they were assigned at birth.

The results indicate that much of this gap is generational. When you break it down by age group, 67% of people age 18 to 29 believe transgender people should be allowed to choose, as opposed to 44% of people age 50 to 64 and 45% of those 65 and older.

To get even more specific, two-thirds of adults under 30 say trans people should get to choose which restroom they use, with adults in their 30s and 40s evenly split, Pew reported. People over 50, meanwhile, mostly said transgender people should use the restrooms that match the gender they were assigned at birth.

These divides seem pretty entrenched, according to the data, with most proponents on one side of the issue showing little sympathy for those on the other.

Thirty percent of respondents only sympathized with people who believe trans people should use the restroom that matches their gender identity. Thirty-two percent sided exclusively with those who said trans people should be forced to match their restroom usage with their assigned gender. Only 18% saw both sides.

Pew also broke down how people feel based on church attendance. Of those who attend church services regularly, only 34% believe in letting trans people use the bathroom that matches their identity. White evangelicals support transgender access to the facilities of their choice the least — only 17% agreed that trans people should use the bathroom they want.

The debate over which bathrooms transgender people are allowed to use reached national prominence in March. That's when North Carolina's governor signed the controversial HB2 into law, a bill that — among other things — forces people to use the public facility that matches the gender they were assigned at birth.

The law prompted a massive, and largely negative, response: Corporate giants like PayPal moved their business out of the state, and retailer Target publicly stated anyone visiting its stores could use the restroom or fitting room of their choice.

Meanwhile, many transgender visitors and residents came up with their own retort: They flaunted their opposition to the law and simply entered whatever restroom they chose, documenting their rebellion with selfies and sharing them on social media.