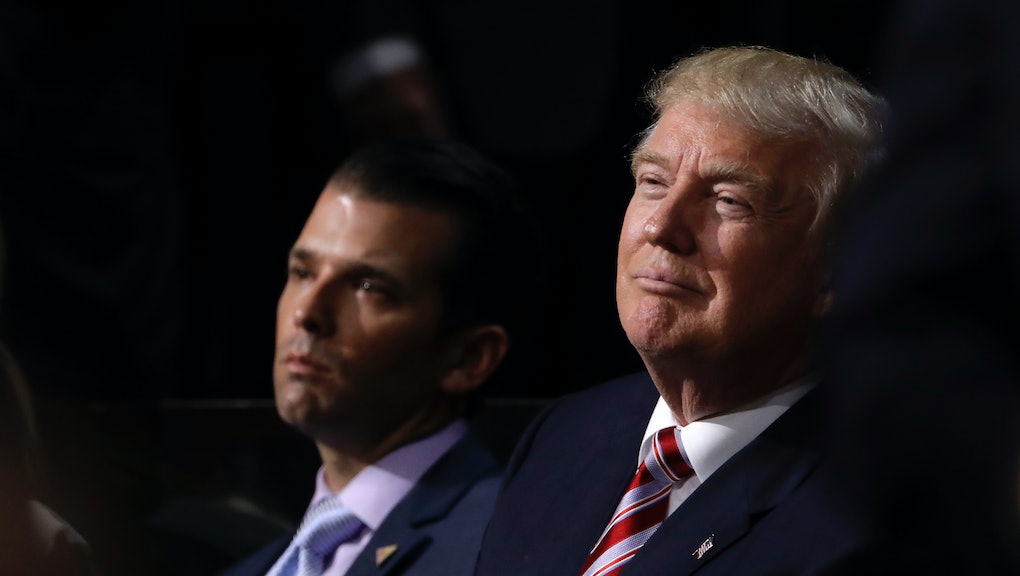 "This image says it all," the tweet with a now removed image reads. "Let's end the politically correct agenda that doesn't put America first. #Trump2016"

As it turned out, the photo of the bowl of Skittles was ripped from the Flickr account of photographer David Kittos — who came to the UK as a refugee from Cyprus when he was a child — without his permission. After Kittos filed a copyright claim, Twitter removed the image.

And now, as first pointed out by the Washington Post, it appears Kittos has filed a DMCA, or Digital Millennium Copyright Act, takedown notice.

The image — which was promptly slammed by President Barack Obama's chief speechwriter, the owner of Skittles and the spokeswoman for the United Nations High Commissioner for Refugees — also included the text "If I had a bowl of skittles and I told you just three would kill you. Would you take a handful? That's our Syrian refugee problem."

"The image of a bowl of skittles is mine and has always been set as 'All Rights Reserved' in my Flickr library," the takedown notice, filed on Sept. 24, reads in the Lumen database. "It was copied and is being used without my permission. I have never been contacted by Donald Trump Jr. or any representative about the image, before [or] after it was used in the tweet."

Kittos' lawyer Heather Blaise confirmed to the Washington Post that he did in fact file the claim.

While slapping someone with a copyright infringement claim isn't comparable to tweeting an image with white supremacist, dehumanizing undertones, it's a small, sweet victory against Trump's son. Who, not but a week ahead of the Skittles tweet, made a Holocaust joke while attacking Hillary Clinton and the media.