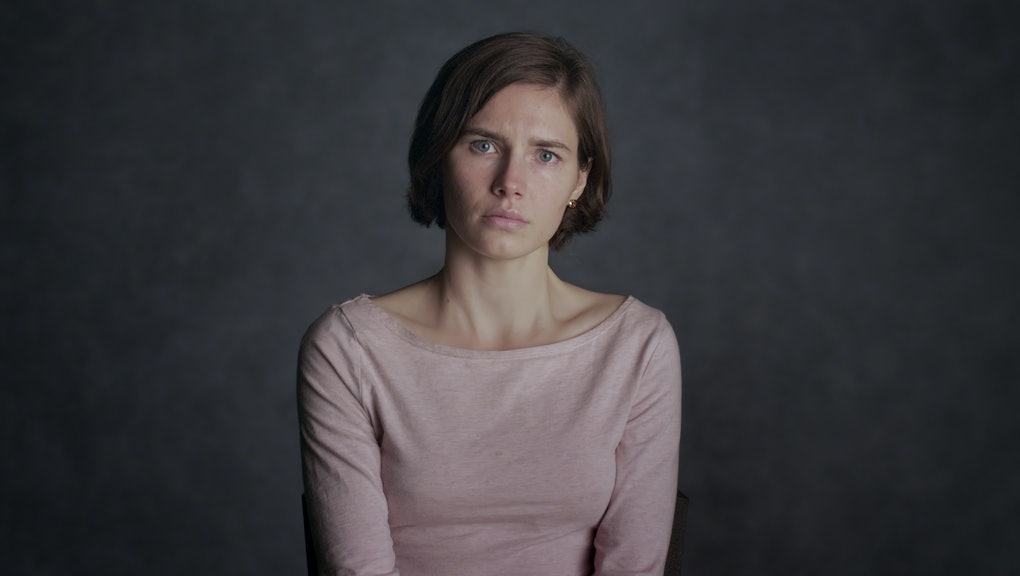 Netflix's 'Amanda Knox' doc review: It's all about sex — except it's not about sex at all

If you bought into the headlines when Amanda Knox was on trial for the murder of Meredith Kercher, you likely knew her best as a sex-fiend murderess. You thought she teamed up with her boyfriend, Raffaele Sollecito, and killed a girl amid some kind of orgy-gone-wrong. You knew her as "Foxy Knoxy," because that was what the tabloids called her.

Amanda Knox, Netflix's new documentary out Friday, challenges your knowledge of its subject and what happened in 2007 in Perugia, Italy. It asks why you believed those headlines, and why you made up your mind about the case in the first place.

Most of all, Amanda Knox asks: Why did perception of Knox's behavior and a torrid tabloid narrative about sex lead to a young woman's wrongful imprisonment for four years? And what does her imprisonment say about us?

Both Knox's years-long legal process and the Amanda Knox documentary are all about sex, except they're not about sex at all. In new on-camera interviews (her first ever), Knox confronts the allegations made against her. She does so without apologizing or backing down, instead expressing deep hurt that her private life was laid bare for the public to see.

Sex only became a part of Knox's story when the press made it so. In the documentary, former Daily Mail reporter and current human slime Nick Pisa stands in for the press as a whole, grinning as he recalls when the press framed the story as "girl-on-girl crime," or how he got Knox's diary from prison — including a list of her sexual partners — and published it for the world to see.

Pisa and the press deemed Knox "Foxy Knoxy," painting her as a sexual deviant. Prosecutors and attorneys in Italy based their case against her on how she acted — inappropriately, prosecutor Giuliano Mignini says repeatedly — and some contaminated, circumstantial DNA evidence.

Directors Rod Blackhurst and Brian McGinn may not have set out to exonerate Knox in the public eye, but it's hard to look at how the press and prosecutors made Knox a villain from the word 'go' and not feel like the entire case was one long miscarriage of justice.

There's nothing definitive in Amanda Knox, no smoking gun that resolves the case completely. And as a documentary, it does suffer in comparison to others released this year that offer more than stock footage and new interviews — for example, the Anthony Weiner doc Weiner. (Weiner's case makes an interesting comparison to this one, despite their different conclusions, in that they make one very similar point: scandals pick up public interest when sex is involved.)

Still, despite Amanda Knox's rougher edges, it's a compelling record of one of the most contentious murder cases in modern history. Beyond just being a historical retelling, however, the documentary serves as a strong indictment of the way the press treated Knox. The media made a story that wasn't about Knox's sex life all about Knox's sex life.

If there are true culprits in that aforementioned miscarriage of justice, it's those tabloids, news networks and papers who declared Knox guilty in the court of public opinion before she even got a fair hearing. She may be fully exonerated now, but unfortunately, someone somewhere is always going to know her as Foxy Knoxy.