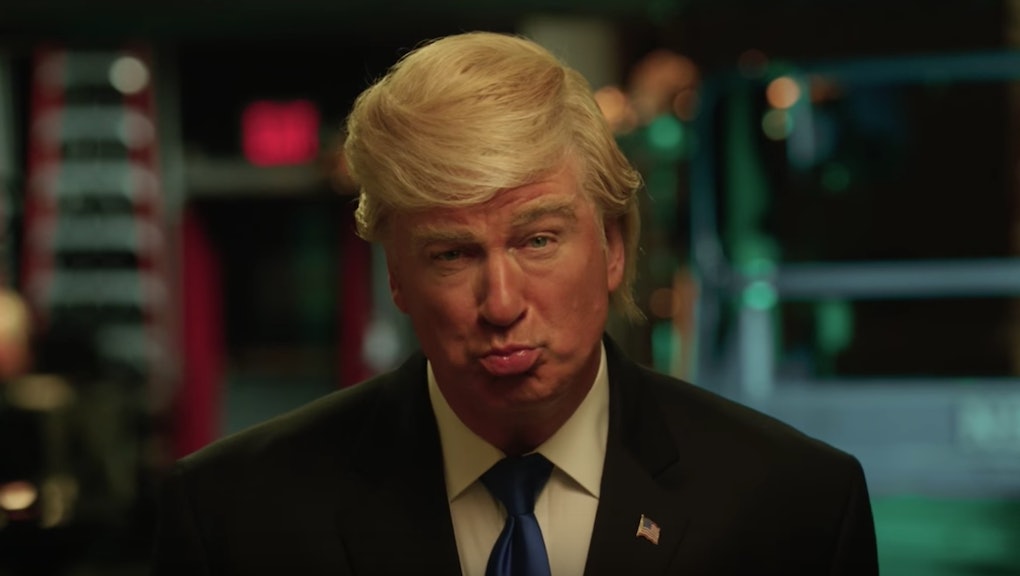 Who plays Donald Trump on 'SNL'? Here's a preview of the show's election coverage.

Saturday Night Live couldn't be returning at a better time, with a little over a month remaining until the presidential election — which means more time devoted to Donald Trump impressions. This year, according to Variety, the role of Trump will be played by 16-time SNL host Alec Baldwin.

The role was previously helmed by SNL veteran Darrell Hammond and Taran Killam, among others — though with Killam being let go earlier in the summer, it opened the door for a new Trump impressionist.

Baldwin's own history regarding Trump's campaign adds an extra layer of intrigue to his portrayal of the real estate mogul. In July 2015, he told The Howard Stern Show that Trump winning the election would be "exactly what we deserve right now."

"There's a part of me that would love to see Trump win," Baldwin added.

However, Baldwin later clarified during an interview in May on The Ellen DeGeneres Show that — without referring to Trump by name — we shouldn't have a president "who looks like he's been dipped in movie popcorn butter."

Opposite of Baldwin's Trump will be series regular Kate McKinnon as Hillary Clinton, fresh off an Emmy win for her work on SNL. McKinnon even thanked Clinton during her Emmys acceptance speech.

For those not excited enough for SNL's return on (you guessed it) Saturday night, it's time to get ready for debate night 2.0.